The installation The Group/Society of Things/Take a Break and Go Ahead/The Golden Age of Kommagene deals with the transformation of the relation between people and objects. The fundamental aspect of this work is the intensive examination of the variable meaning of objects and things and their formal and content-related shifting in the context of different cultural backgrounds. The basis for these investigations is an extensive collection and archive of objects and objects from various sources that the artist has been building for nearly two decades. In this work, the physical objects are subjected to a transformative change in that through their imprint in a clay form and the subsequent pouring with pigmented cement, positives are created in which the objects lose both their original materiality and colourfulness as well as their previous context. The objects, which existed before as individual pieces, are frozen to each other in an immovable state by the fixation in concrete and thus elude the possibility of being read as individual parts. The conglomerate, the parataxis of the individual objects, contains as a temporal component the simultaneity of the real object and its imprint in a form of plate or panel reminiscent of archaeological excavation pieces.
A second starting point of the work is the critical questioning of the museum and institutional practice of collecting, cataloguing and presenting cultural assets in ethnological, archaeological and ethnological museums and collections. In most cases, the aim is to reproduce the meanings of objects as authentically as possible, without being able to comprehensively do justice to their flexible and diverse cultural and individual possibilities of contextualization.

In The Group/Society of Things/Take a Break and Go Ahead/The Golden Age of Kommagene, the combination of these two focal points of object interpretation and critical examination of museum presentation and interpretation forms of objects manifests itself in the personalization of the exhibited plates as stereotypical, eternal human types: The Artist, The Philosopher, The Explorer and The Scientist.
Those stereotypes rest on different seatings and look at a large photograph of a desert plain in Morocco. This landscape depiction refers specifically to the presentation of dioramas in ethnological collections that often depict scenes and objects from the life of a particular ethnic group against the backdrop of a landscape image. In contrast to the three other plates, The Scientist consists of an open-work concrete slab in which an aquarium with another plate is embedded with a cast of one hand. It contains two different species of triops crayfish, triops granarius and triops cancriformis beni-kabuto ebi. This species belongs to the group of gillfoots and is one of the oldest species that has been present on earth uninterruptedly for 220 million years. Thus one finds both the fossil petrified specimens and their living descendants in anatomically unchanged form. The special thing about this species is that they actually originate from rather dry areas and only come to life during temporary flooding caused by heavy rainfall. The permanent eggs are absolutely resistant to drought and cold and can lie in the ground for decades before being brought back to life by the water.

A last component is an information board entitled with Parataxis of Everything, that is placed on a blue fabric background and that reminds by its design of explanatory or information boards from the museum context. But instead of a text, one finds a sequence of different objects. On the one hand, this panel refers to the isolated meaning of the individual object itself and at the same time shows its mutual relationship, from which new contexts of meaning can emerge. 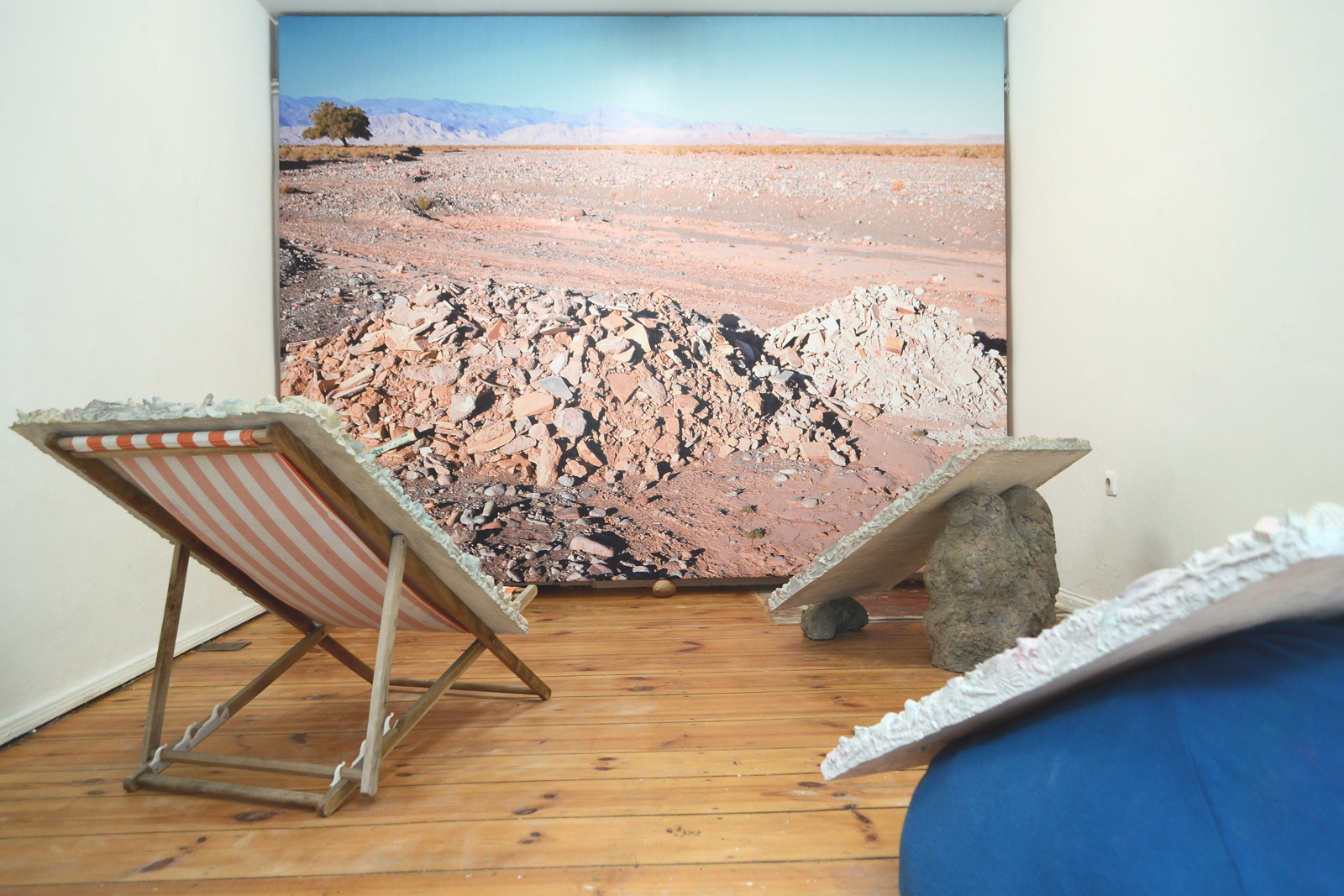 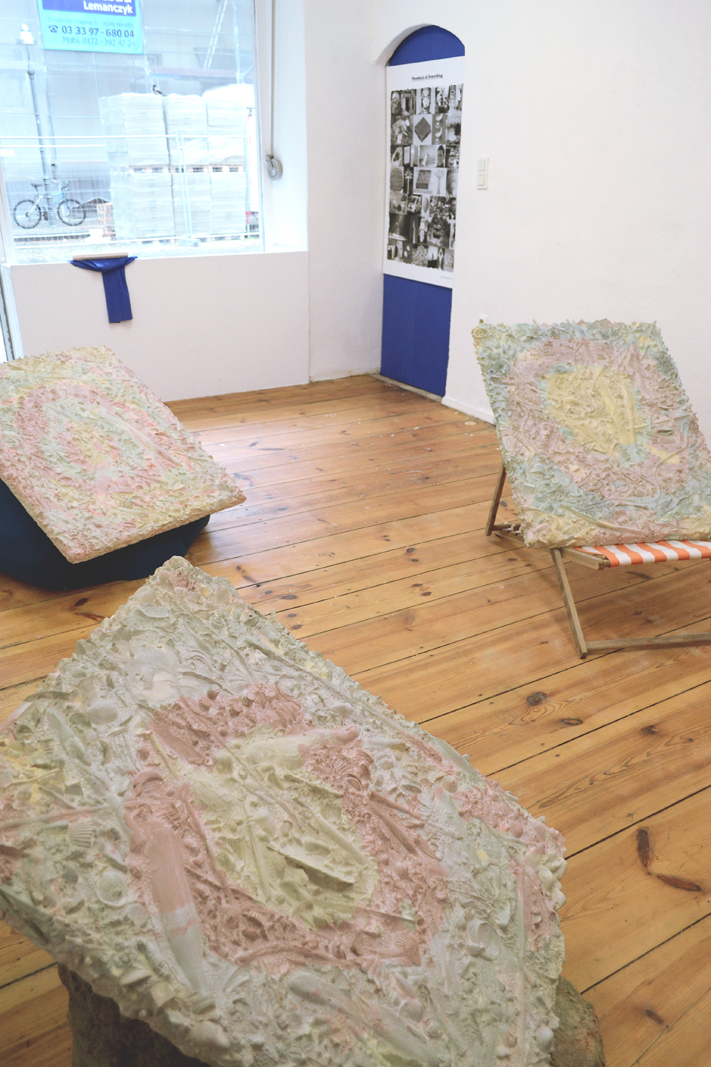 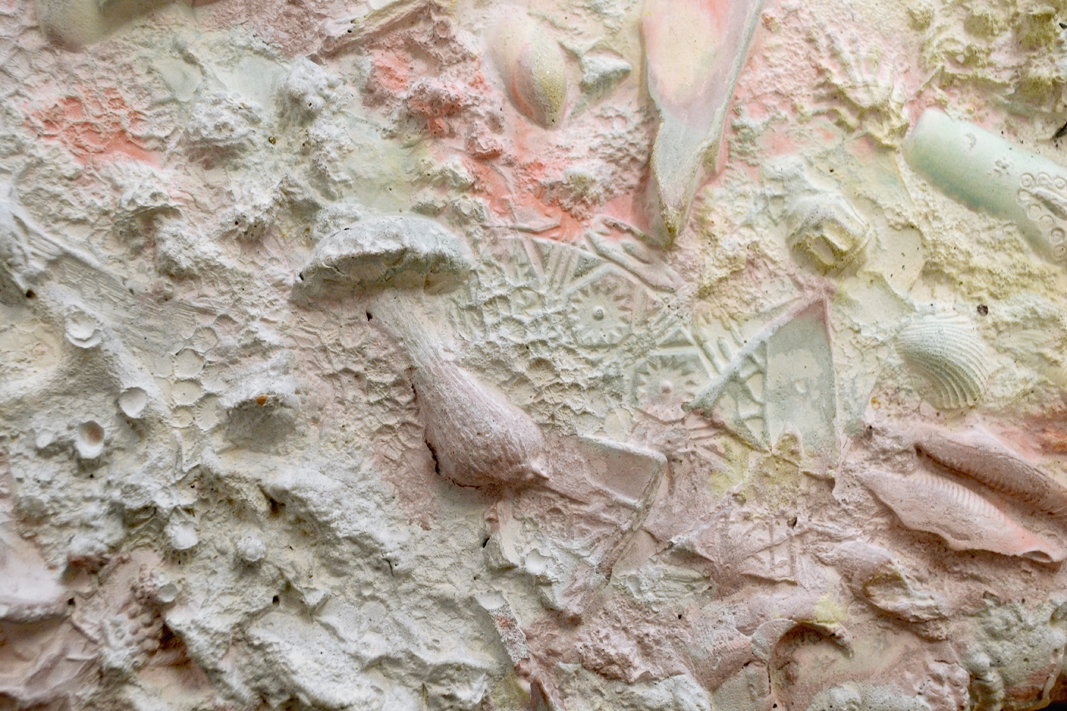 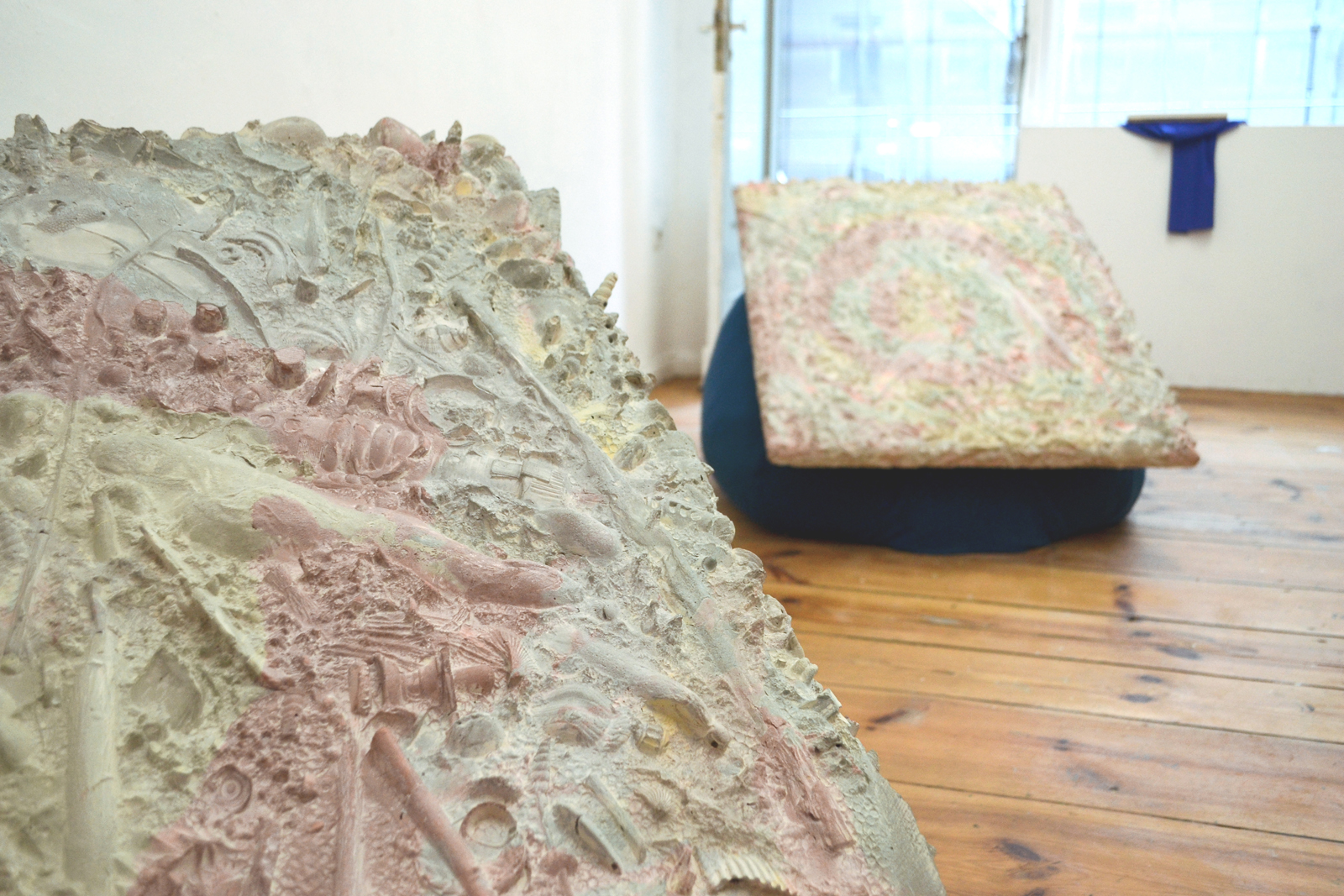 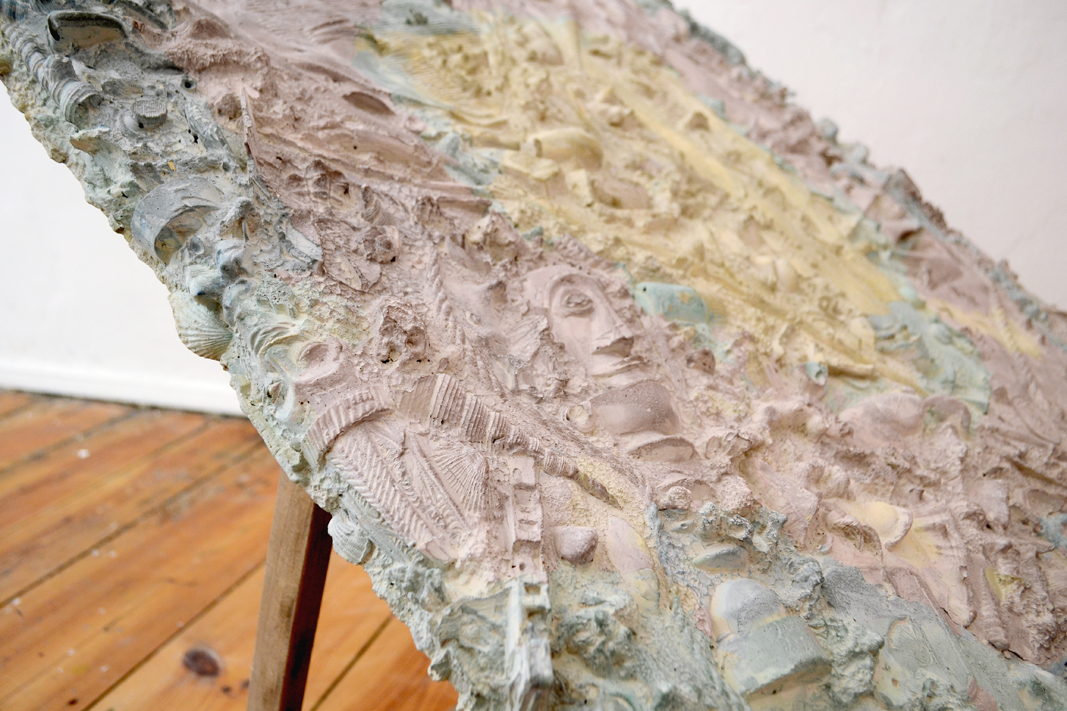 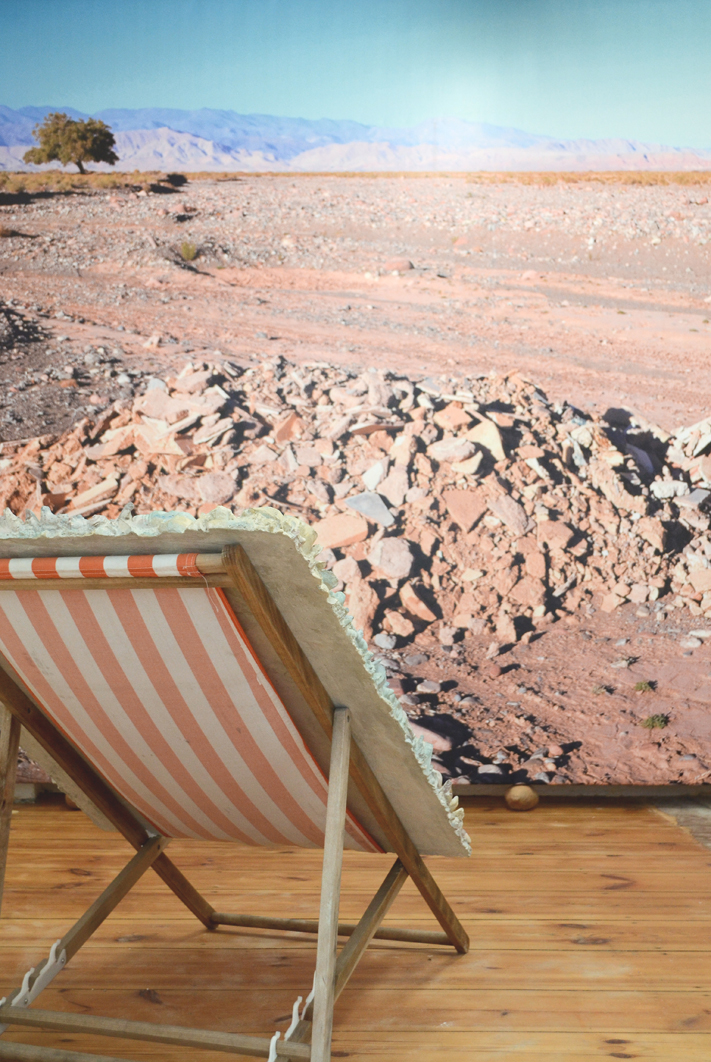 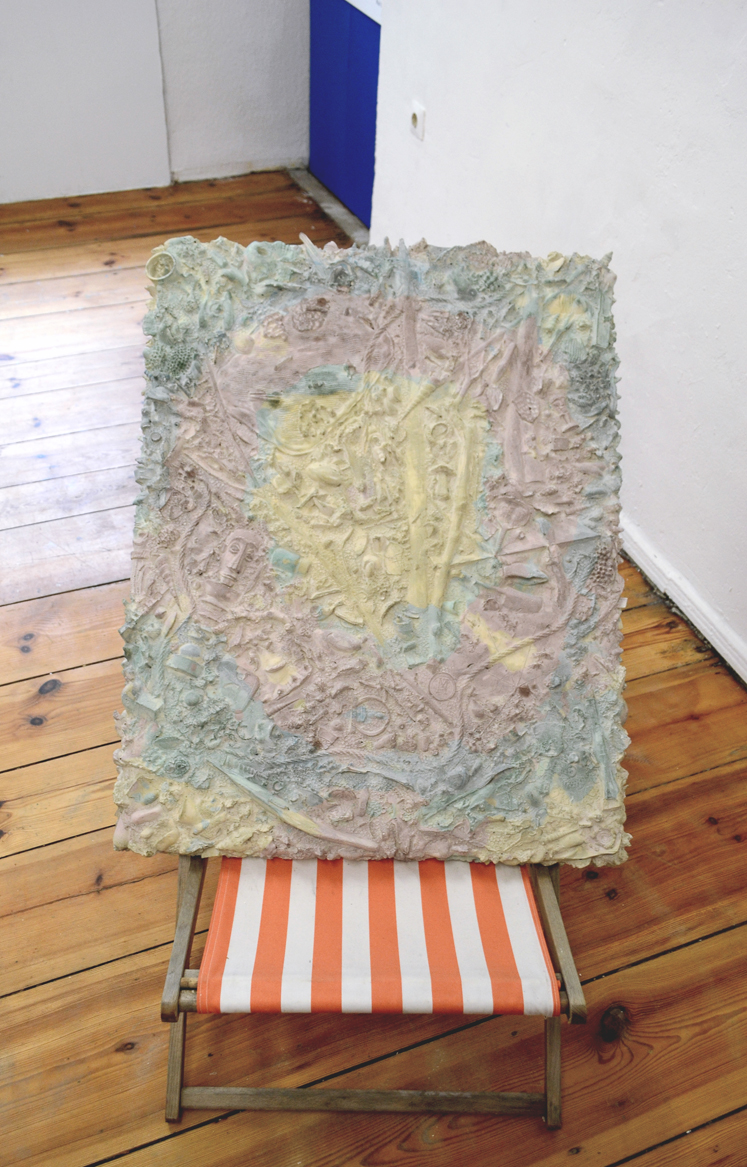 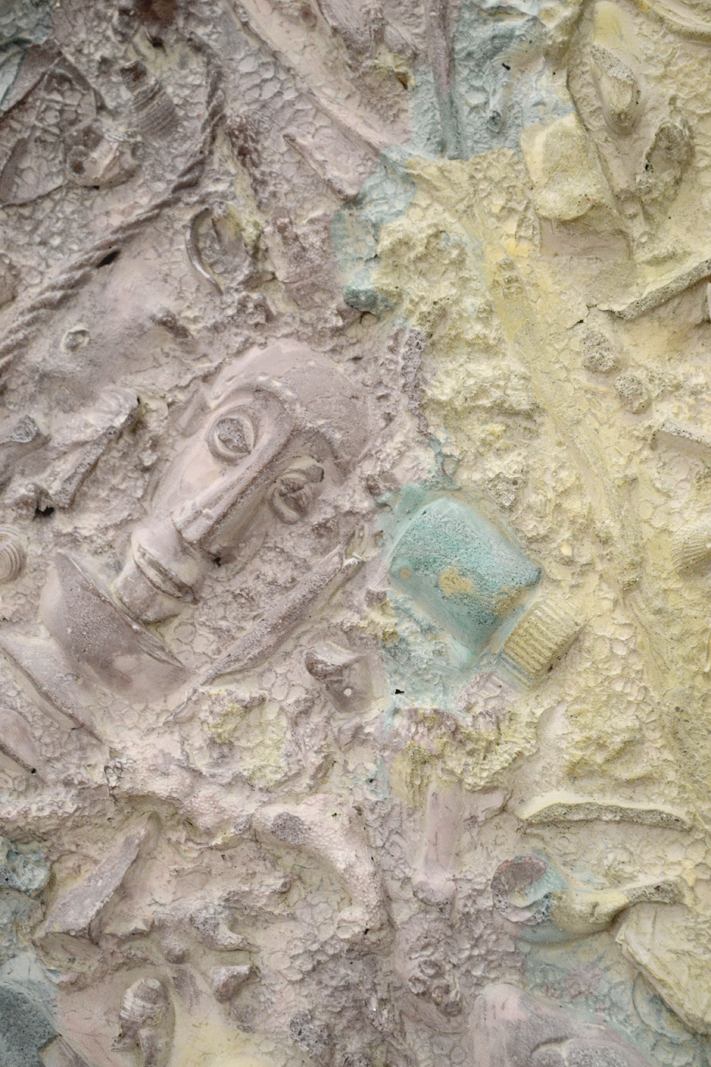 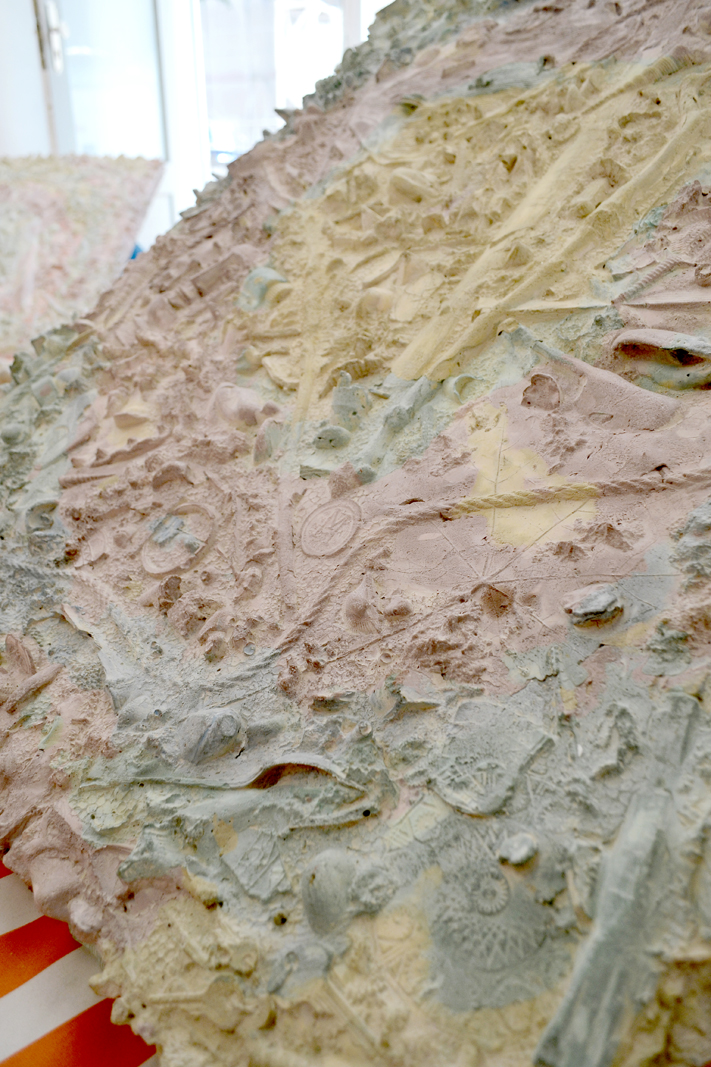 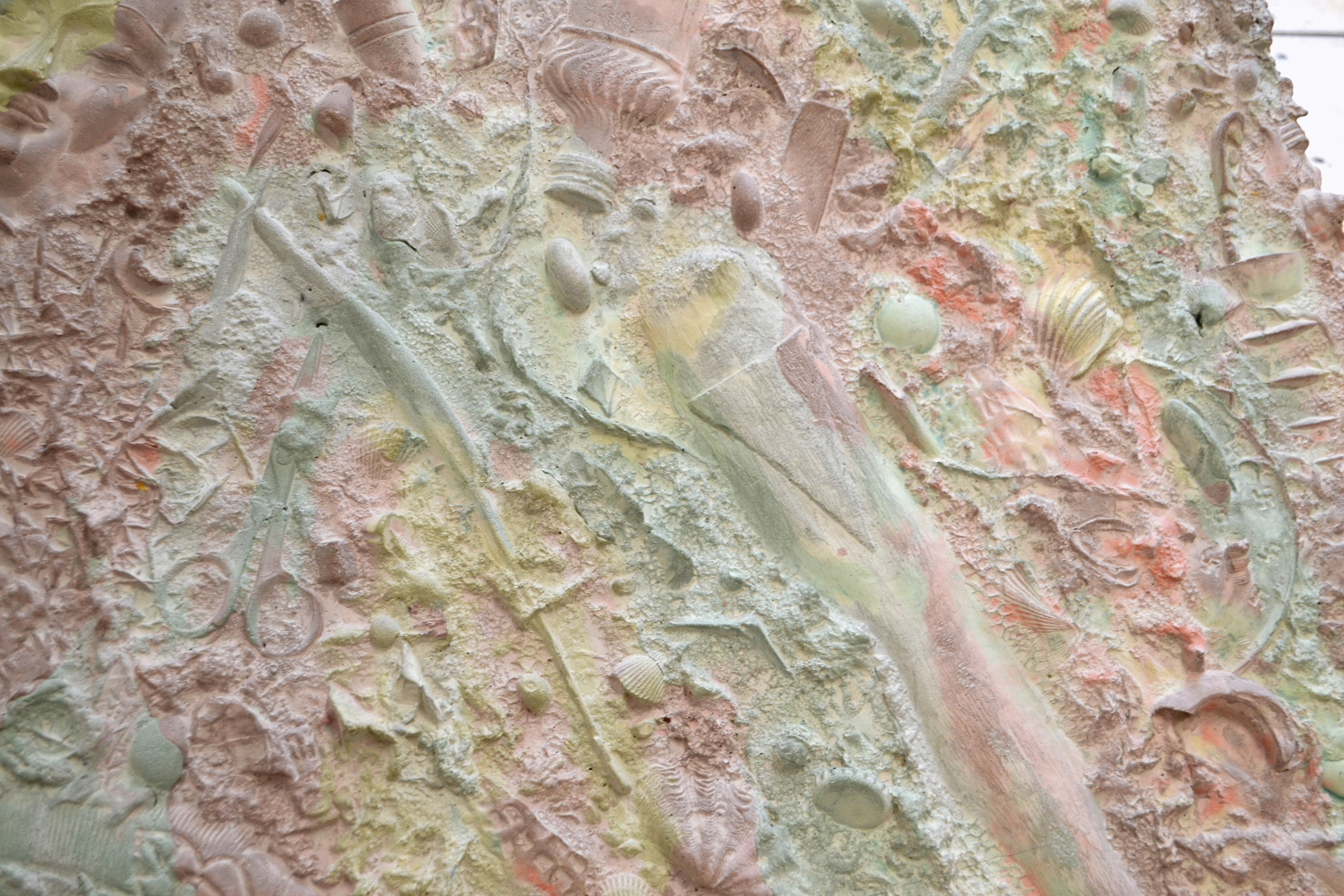 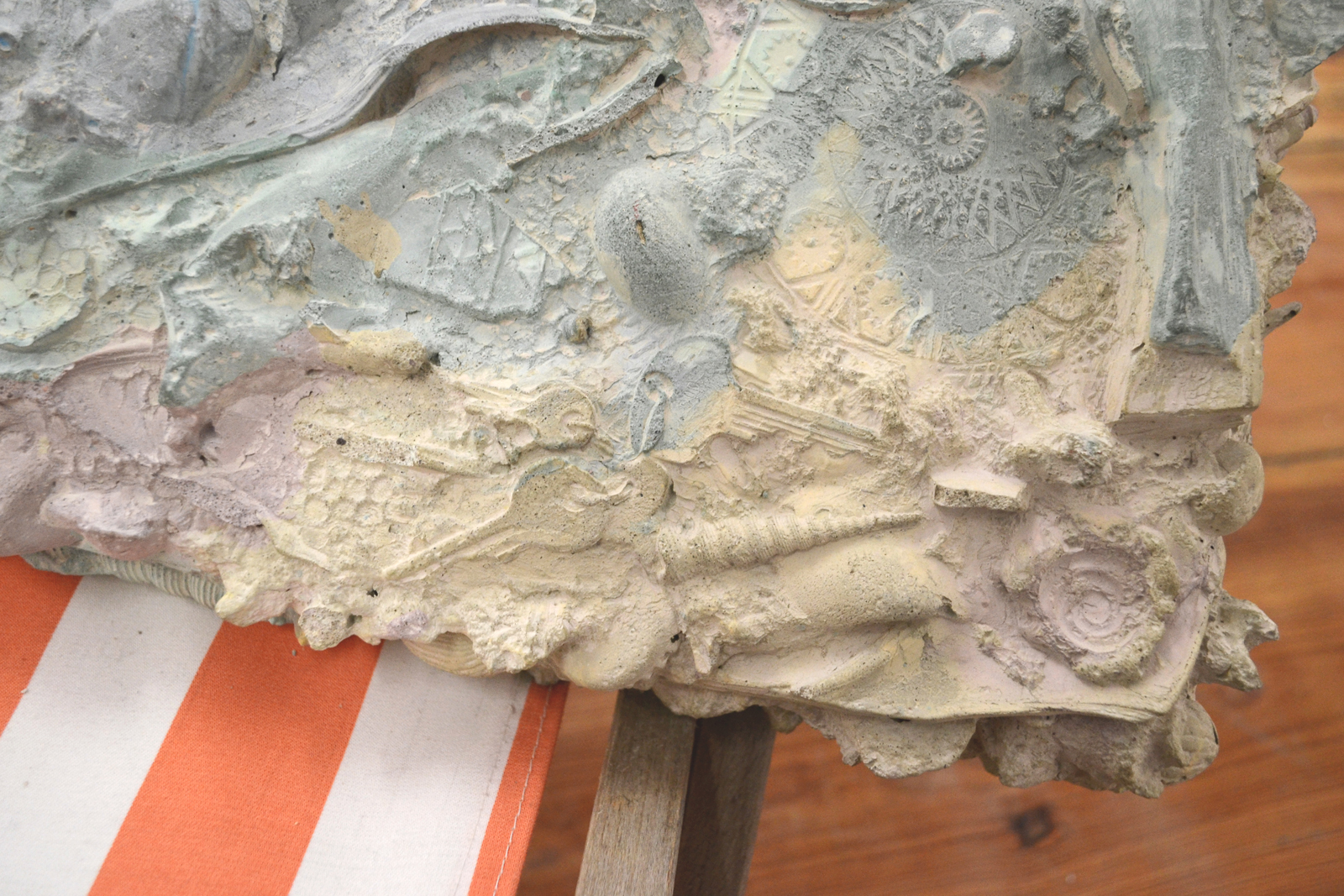 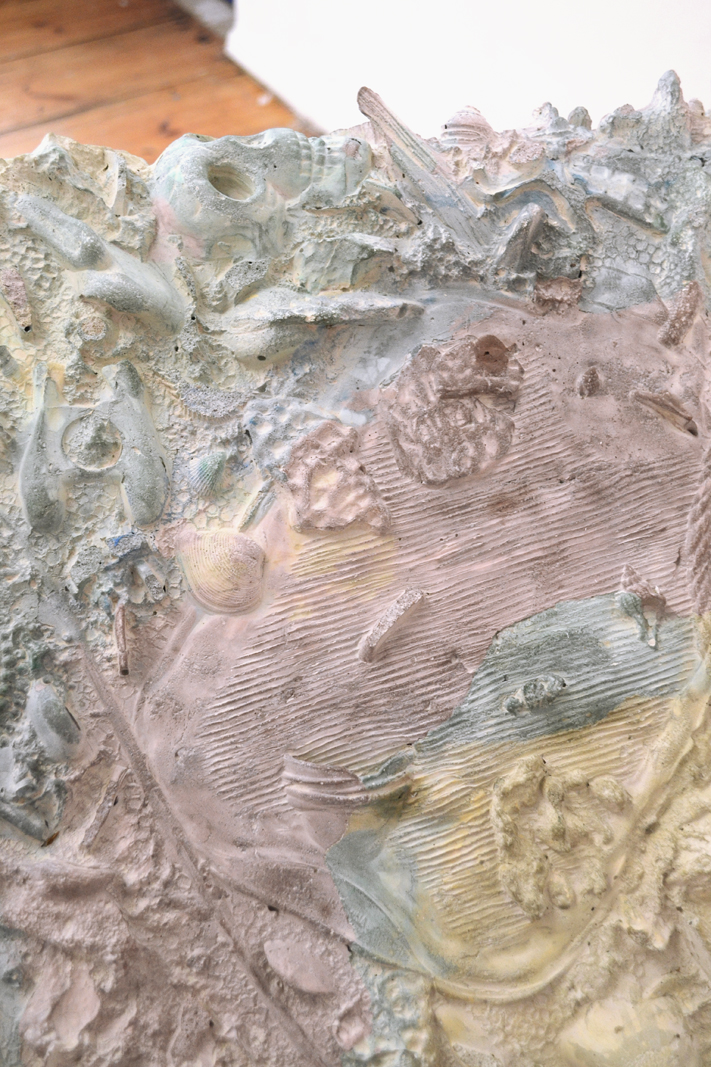 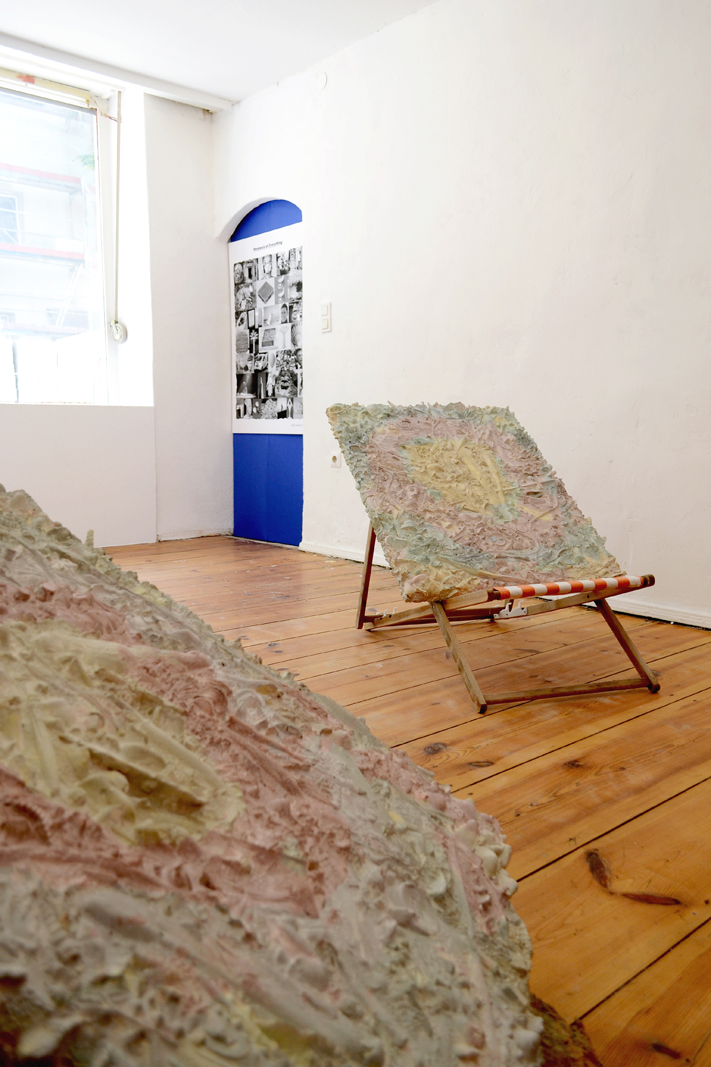 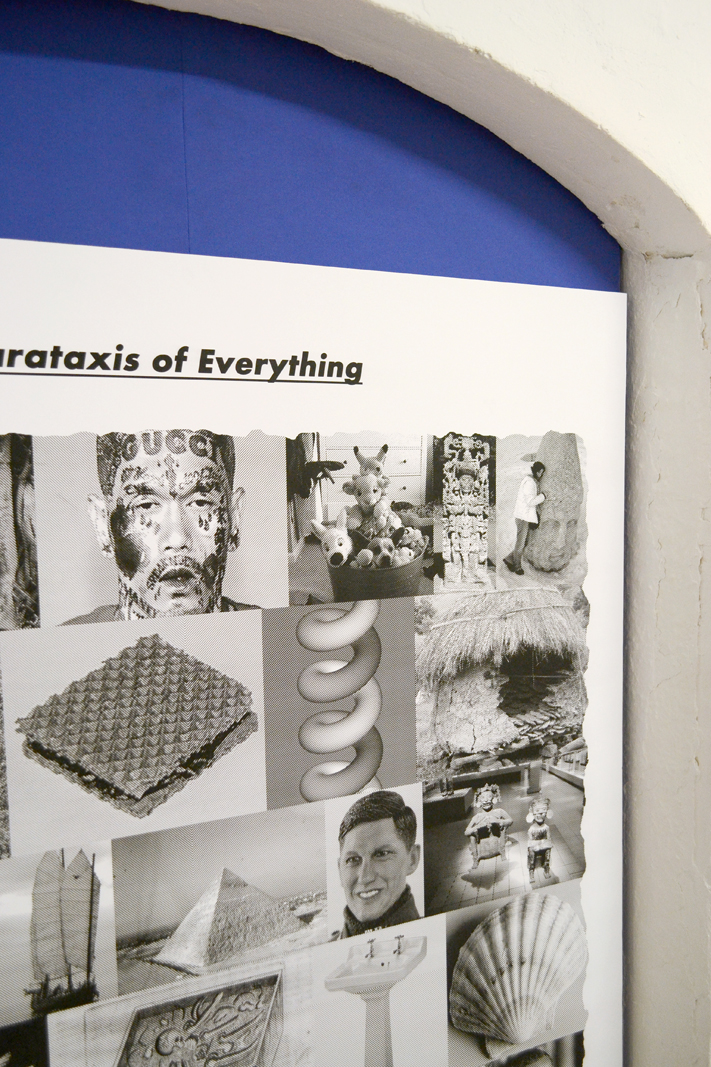 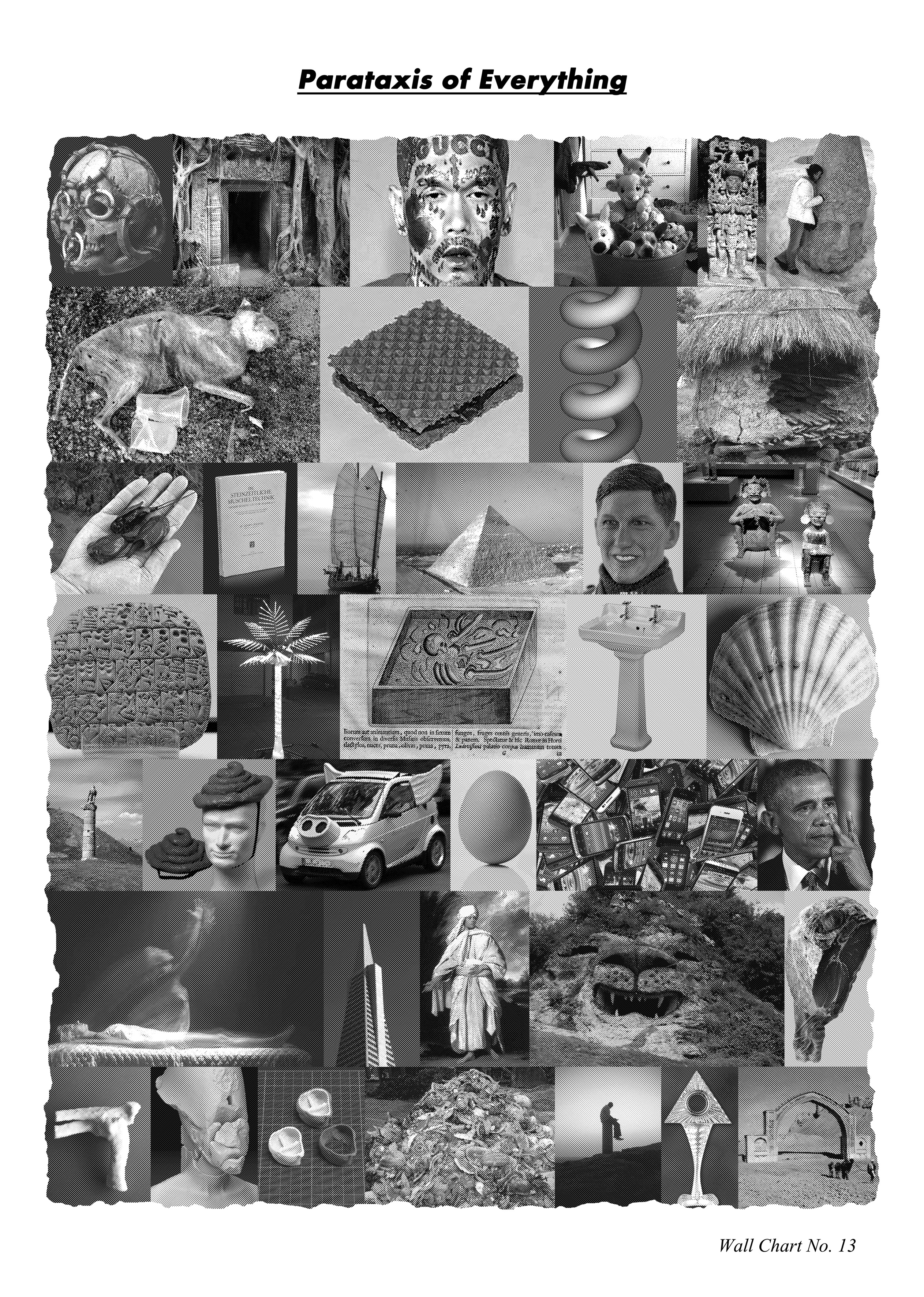 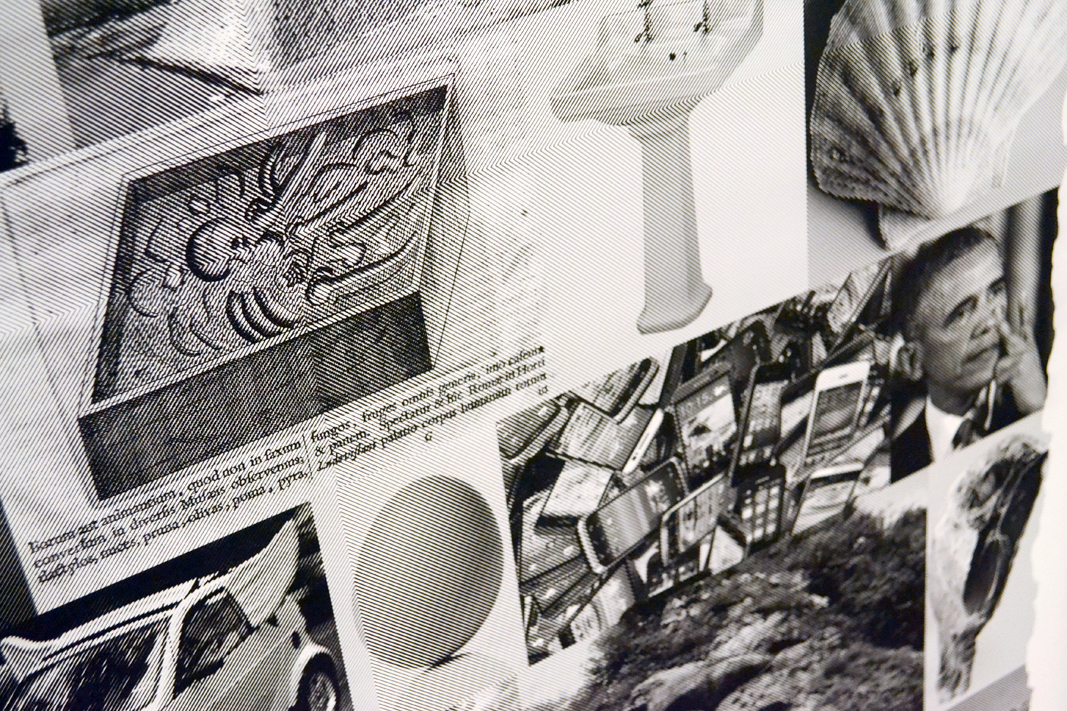 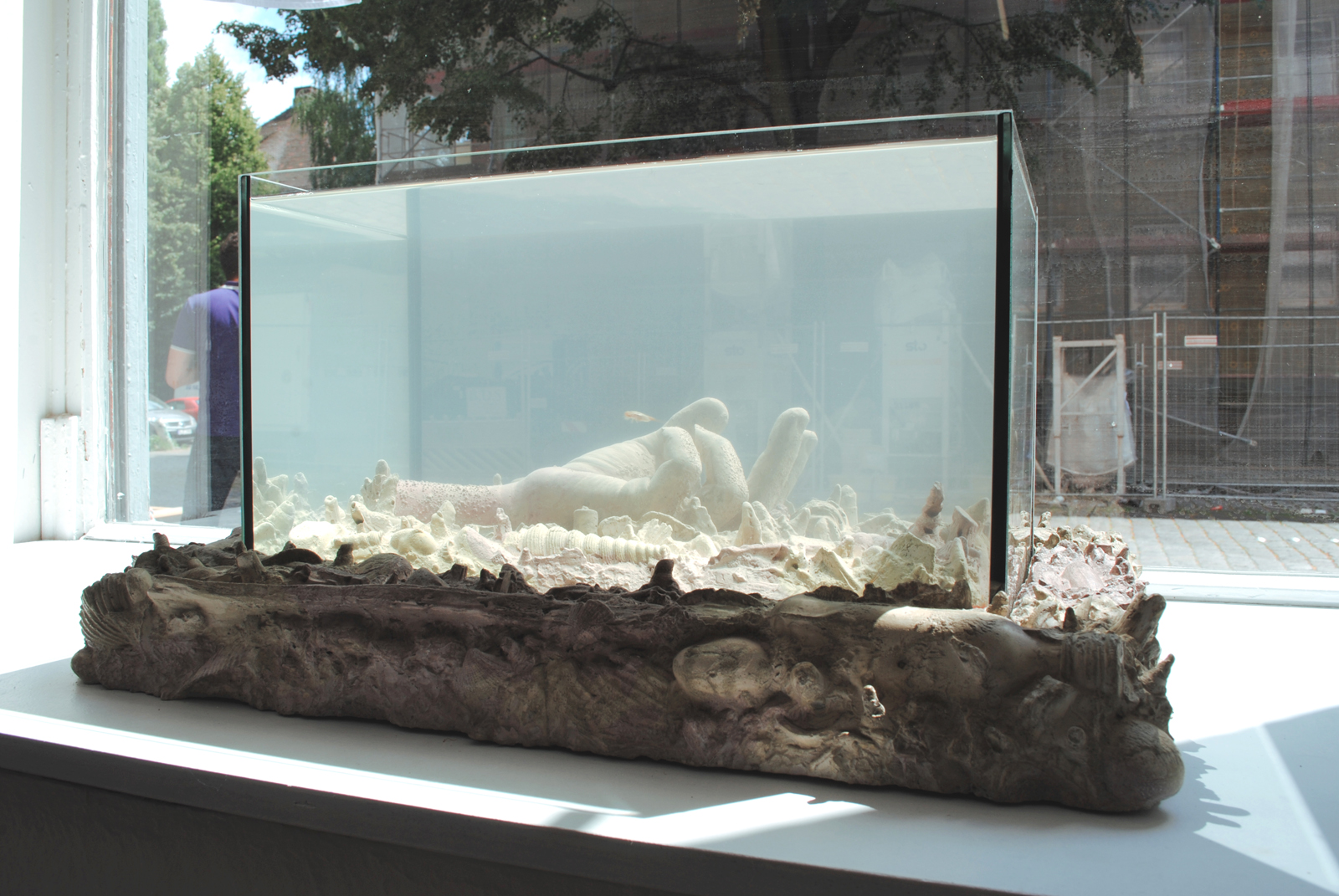 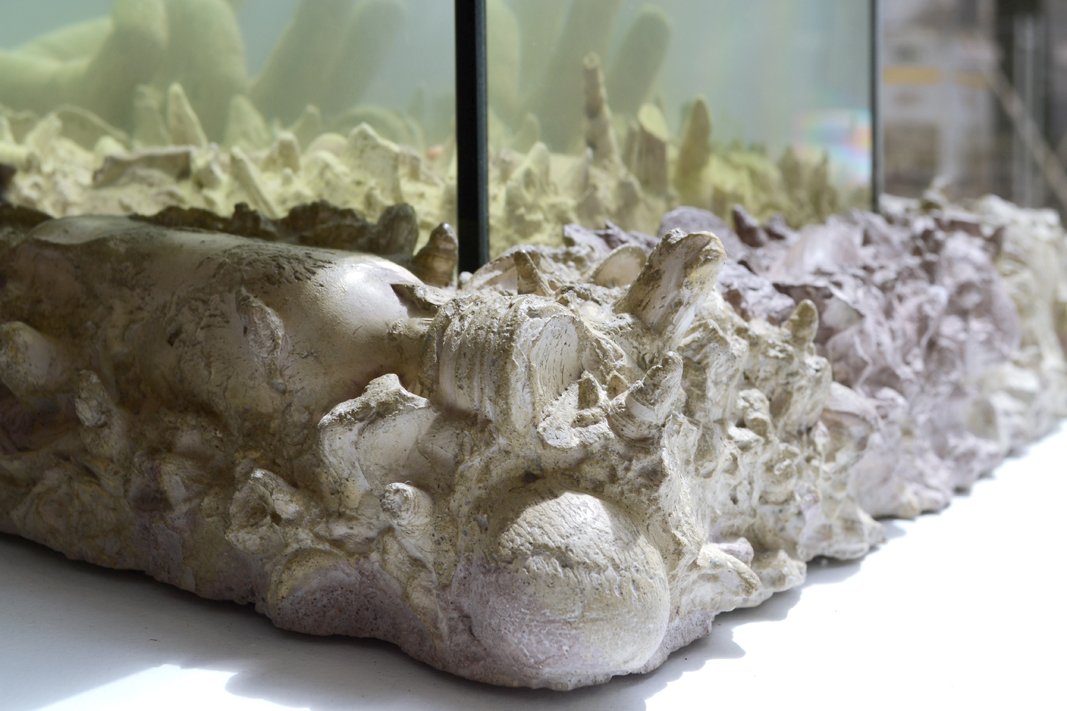 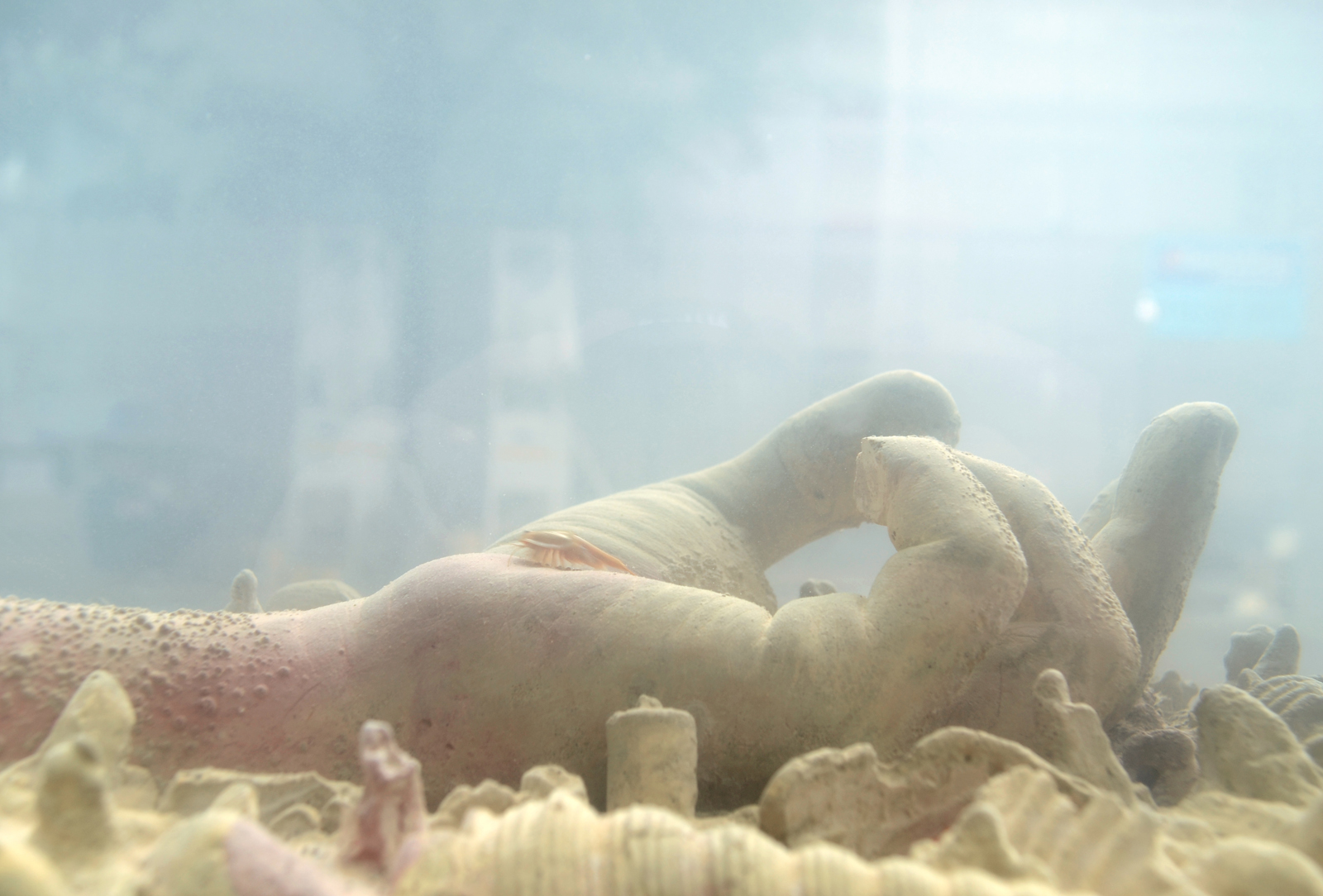 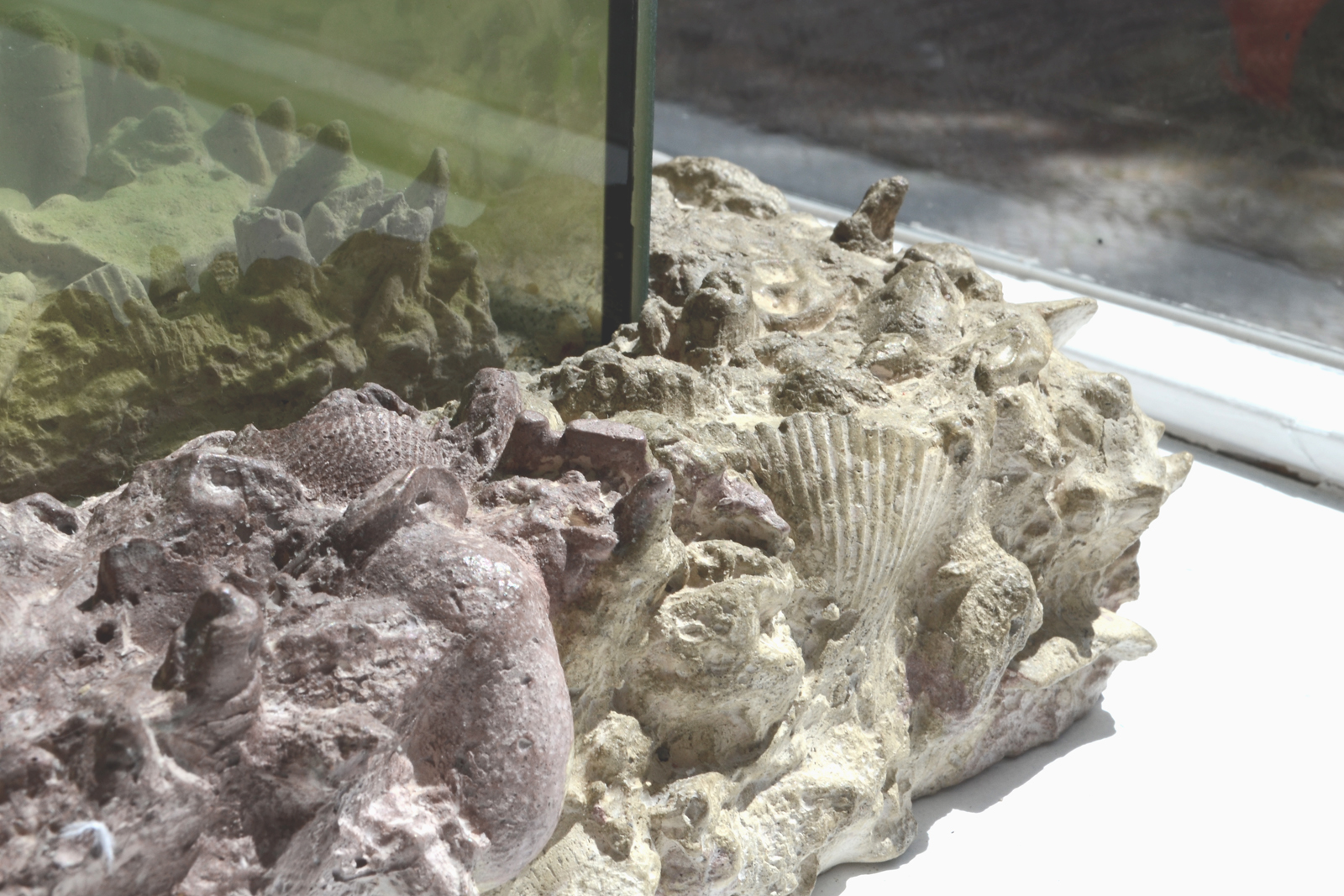 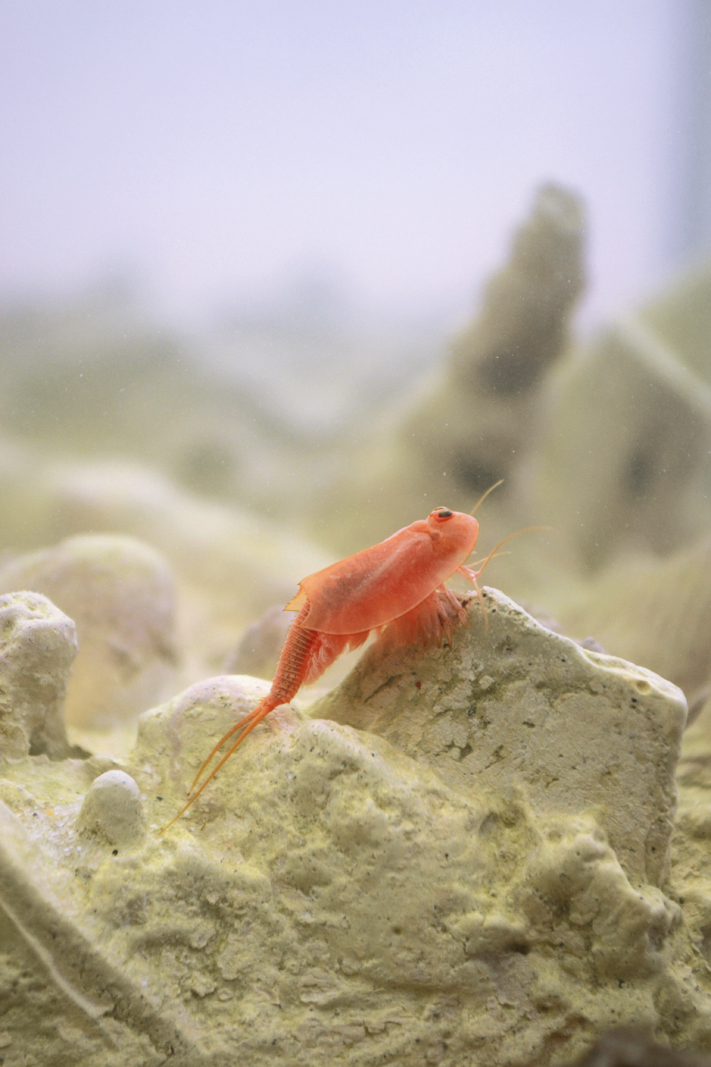