Intercontinental-Travel-Fountain-Refreshment-Center is an approximately 2 m high, water-promoting fountain with a matt, violet-brown exterior and a small natural plant at its tip. The surface of the sculpture is roughened, uneven, full of notches and bulges. Its materiality is difficult to grasp visually. It is impossible to tell whether it is cast, sprayed plastic or machined stone. Fountain is almost square in shape. A narrower, rock-like block rests on the lower, rectangular spiral shape that occupies about two thirds. Water flows continuously out of a small cave in this upper rock. It runs down through the basins of the spiral and is transported up again through the interior of the sculpture. A fine mist flows over the watercourse, a subdued, coloured light emerges from the cave.

At first glance, Fountain gives the impression that it comes from the garden centre of a DIY store and is an industrially manufactured product. But in this installative, spatial work, sculpture and painting, technical craftsmanship and nature unite in a unique way. In an elaborate process, the basic building block of the work was cut from polystyrene and shaped with a mixture of tile adhesive and sand until the now rough, stone-like surface appears. The stone appearance of the resulting sculpture is further enhanced by the use of pigments applied in a painterly process and fixed with spray paint. Fountain is equipped with a complex pump system hidden inside - developed by Aniol and carefully sealed with epoxy resin and silicone. The water evaporates, amplified by the fog generating machine, and must always remain in motion and equilibrium. The small Japanese maple tree at the top of the fountain also needs careful care and balanced lighting conditions. In the windowless white cube, the acer palmatum Jerre Schwartz - which at first glance has certain similarities with a marijuana plant - would not survive.

Aniol‘s Intercontinental-Travel-Fountain-Refreshment-Center is part of a larger project on which the artist has been working for some time and which will be implemented in the coming years. It is the second object for the design of an Occiriental Lounge. This lounge is to be installed at transitoriums, airports or train stations, in order to receive arrivals, departures and transits of the most diverse cultures and to accommodate them for a short period of time. Western and eastern culture, occidental and oriental influences merge within the lounge in several objects. It includes furniture such as seating and carpets, but also a library, sculptures, aquariums and showcases. In addition, there are pictures and screens that bring cultures together. Although the objects of this Occiriental Lounge are works of art, their installation in the semi-public space of transitory locations is intended to remove them from the usual exhibition context and to place them in an extraordinary functional context. They are then equally objects of use, objects of art and means of intercultural understanding.

Within the framework of ENTER the Real World, the exhibition object of Intercontinental-Travel-Fountain-Refreshment-Center takes on various roles. On the one hand, Fountain is a self-standing, site-specific artistic work. On the other hand, its function as a utility object refers to the curatorial concept of the exhibition. On the opening day, Fountain appears as an ironic comment on the vernissage event - the water splashes cheerfully, barely audible in the babble of voices; fine fog flows unperturbed. From the small cave, alternating red and blue light flashes, illuminating the faces of the passers-by. 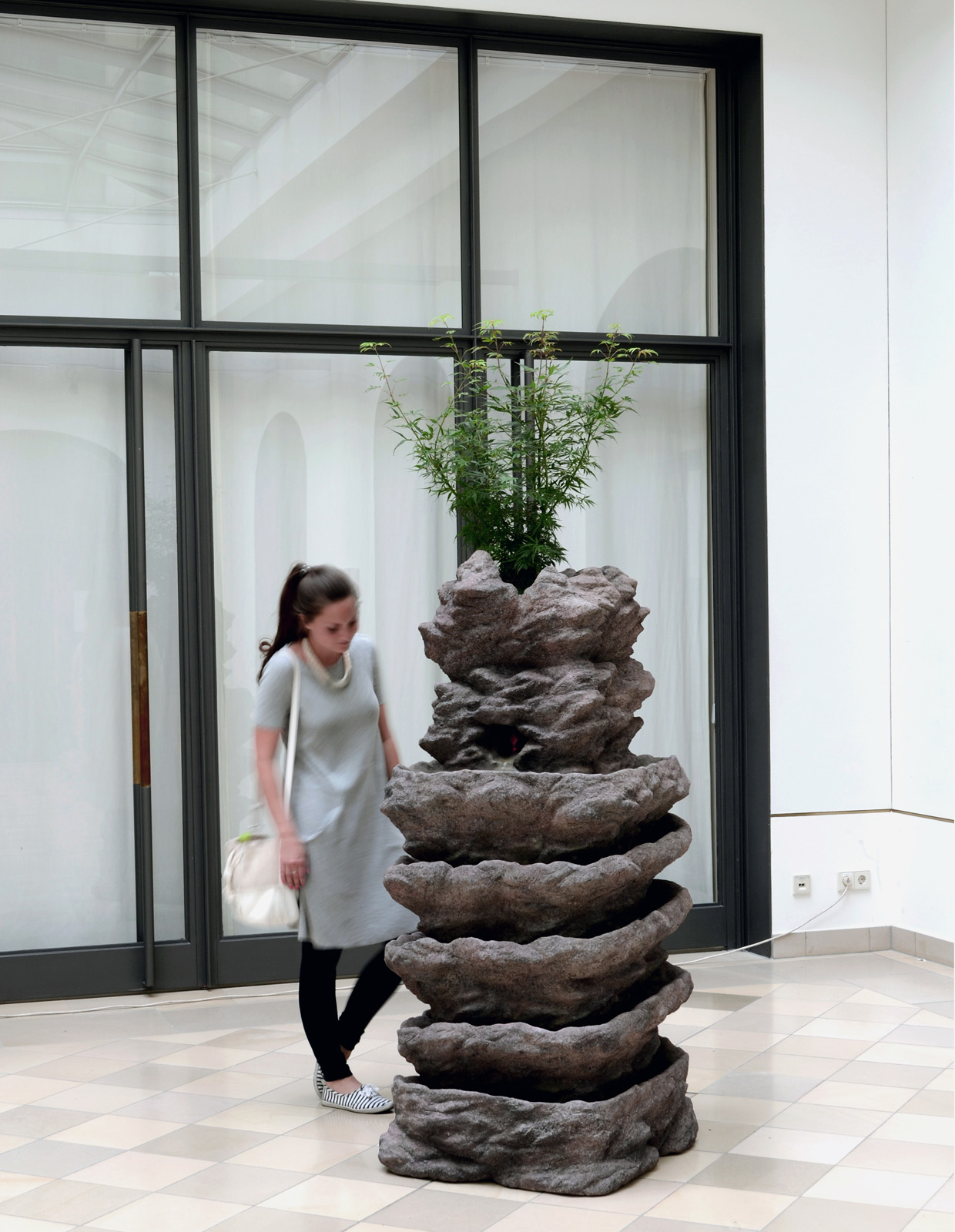 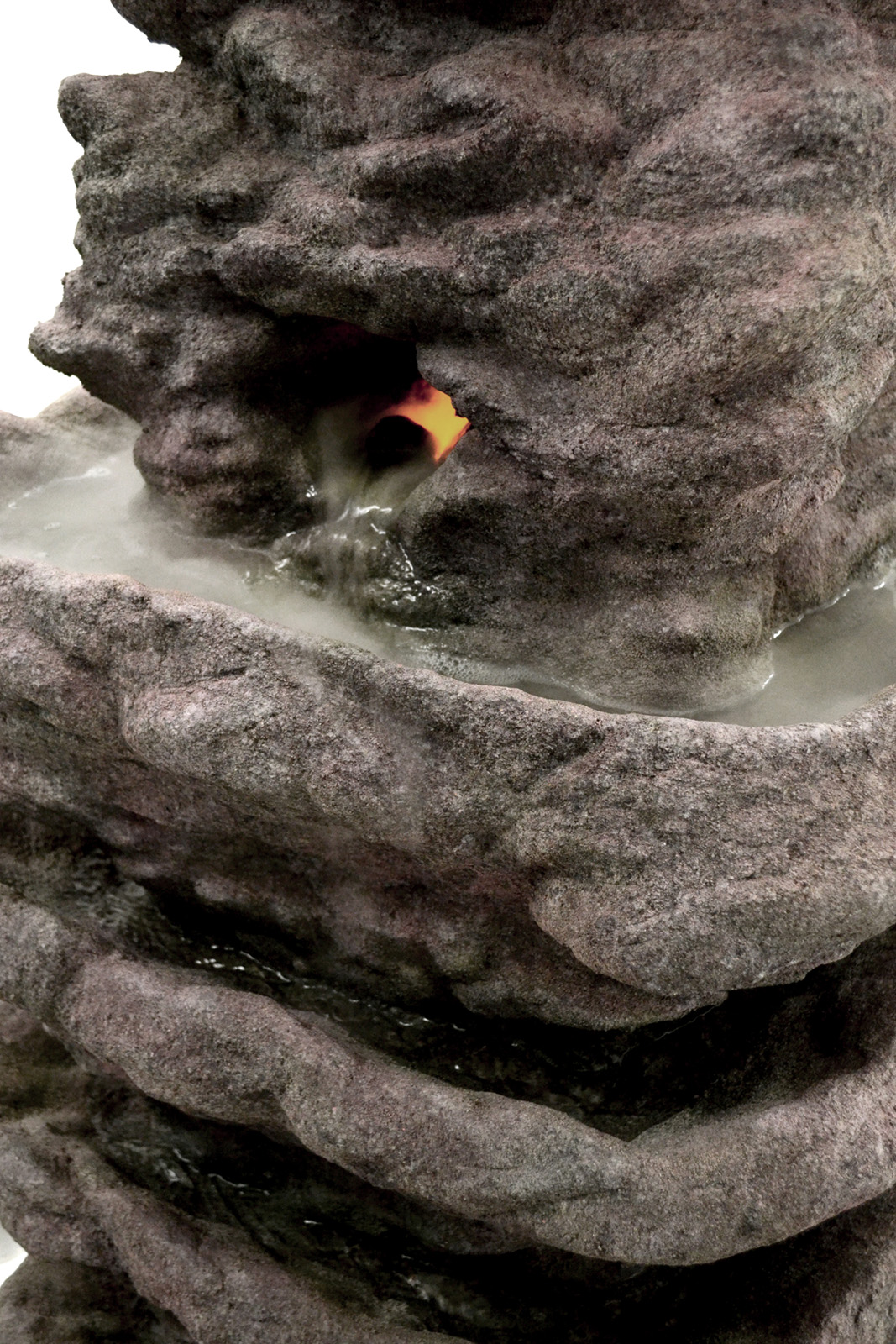 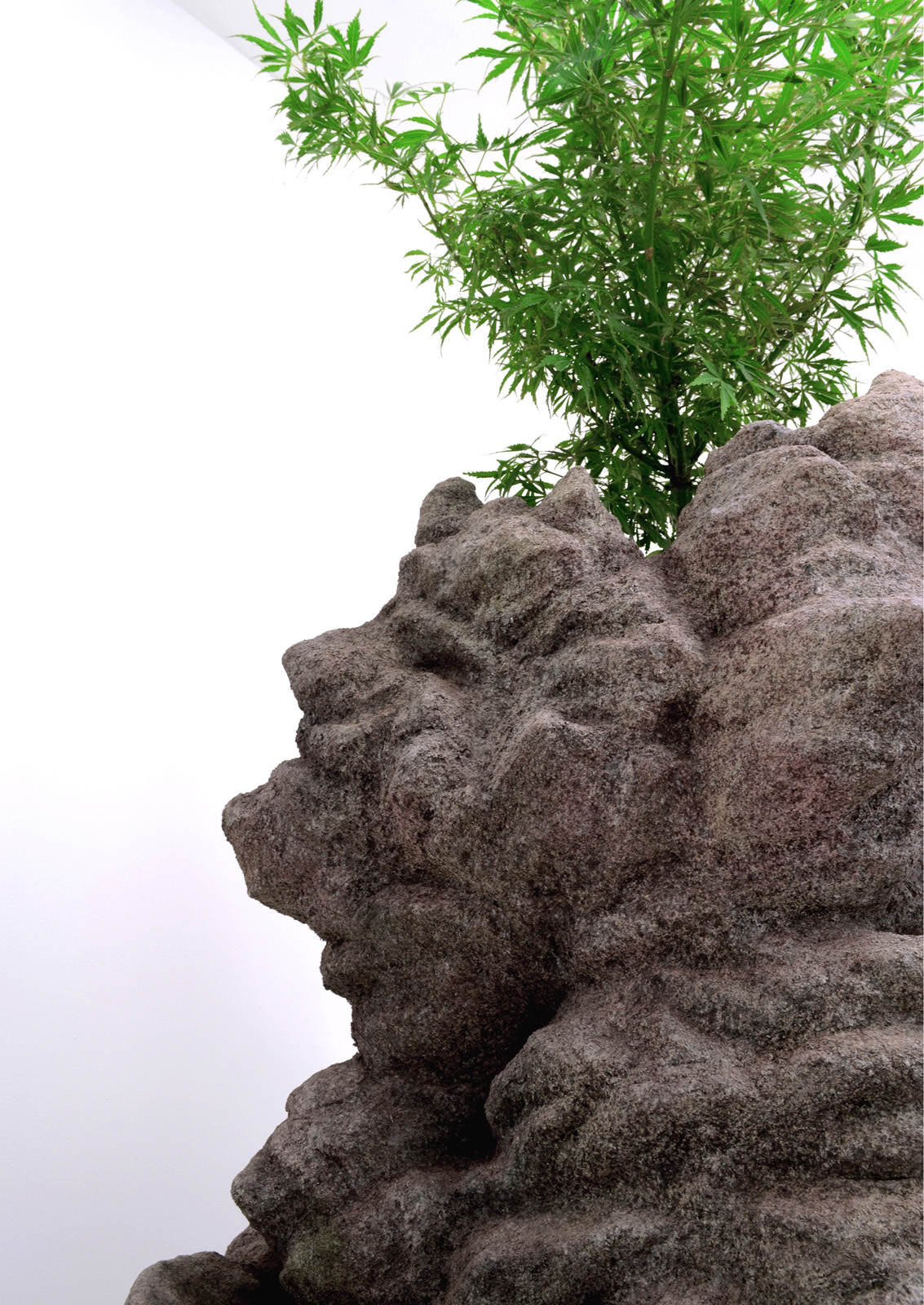 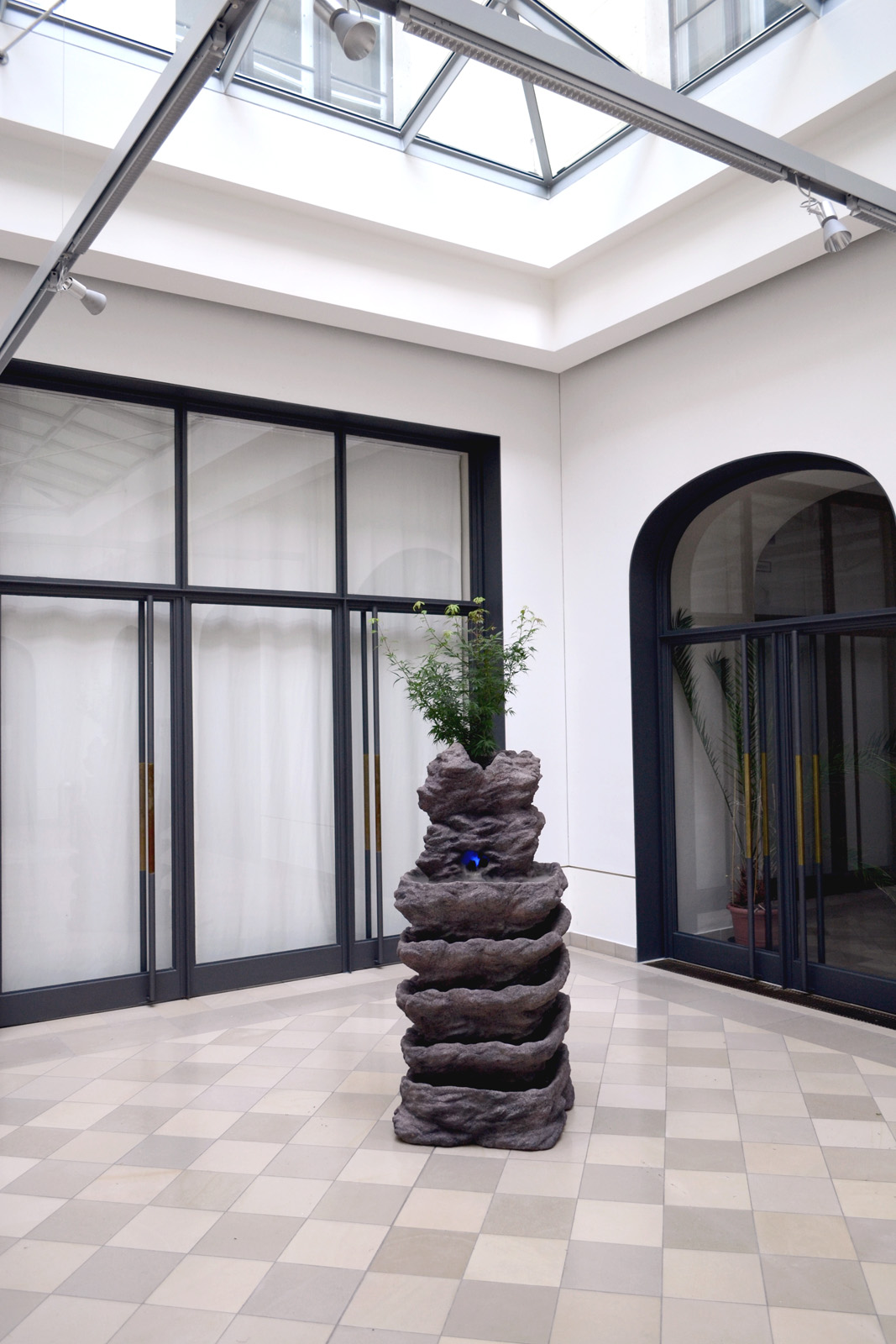 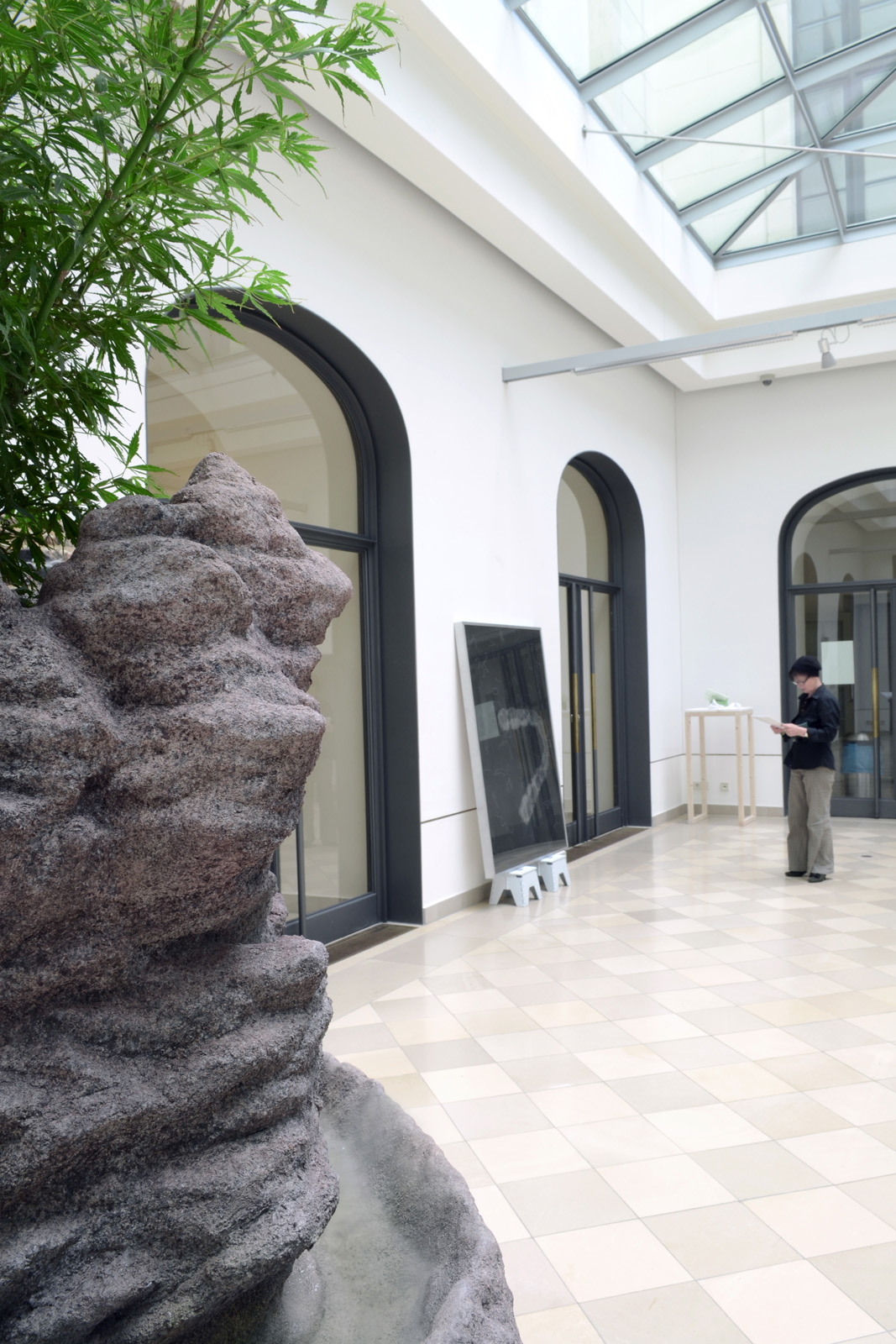 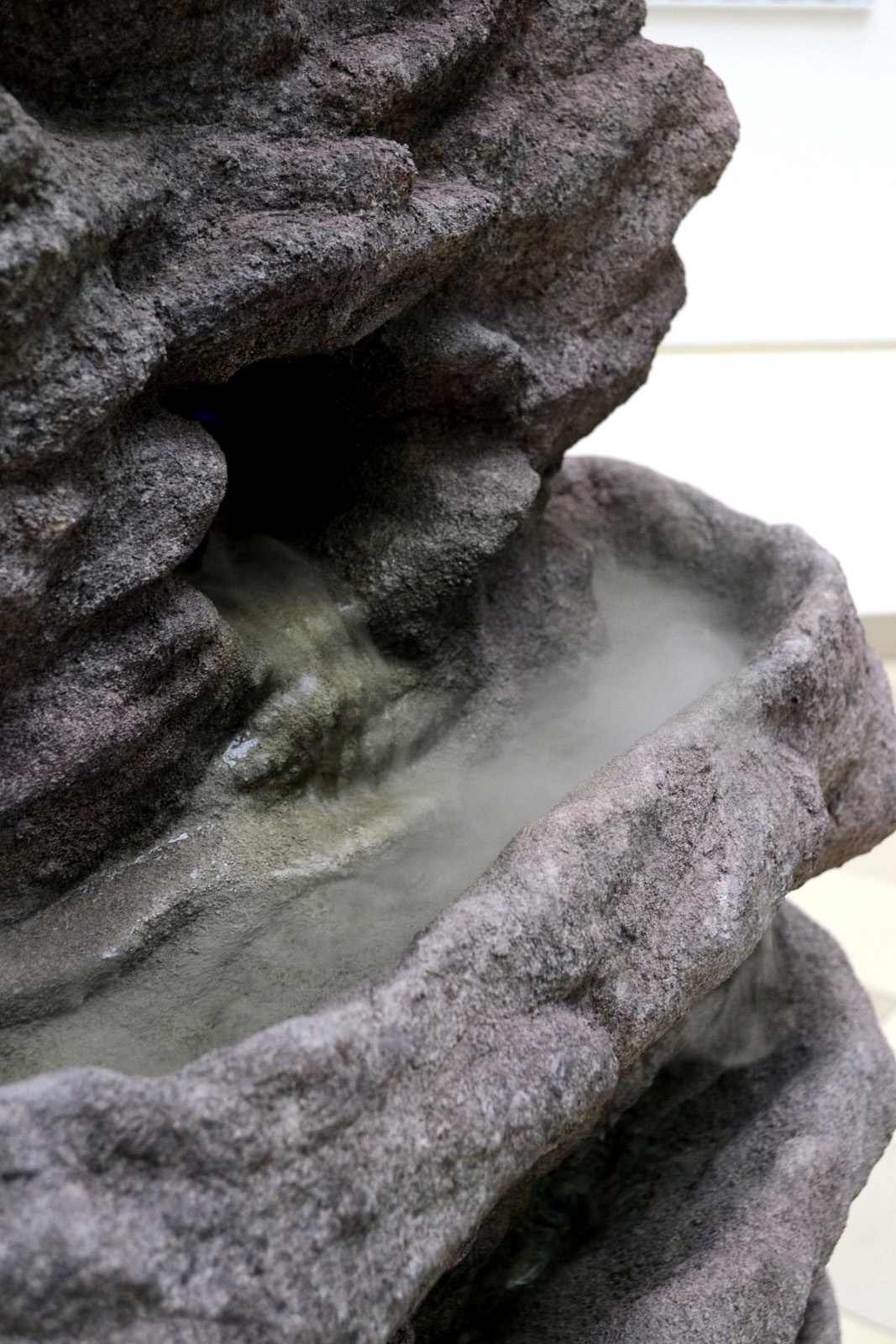 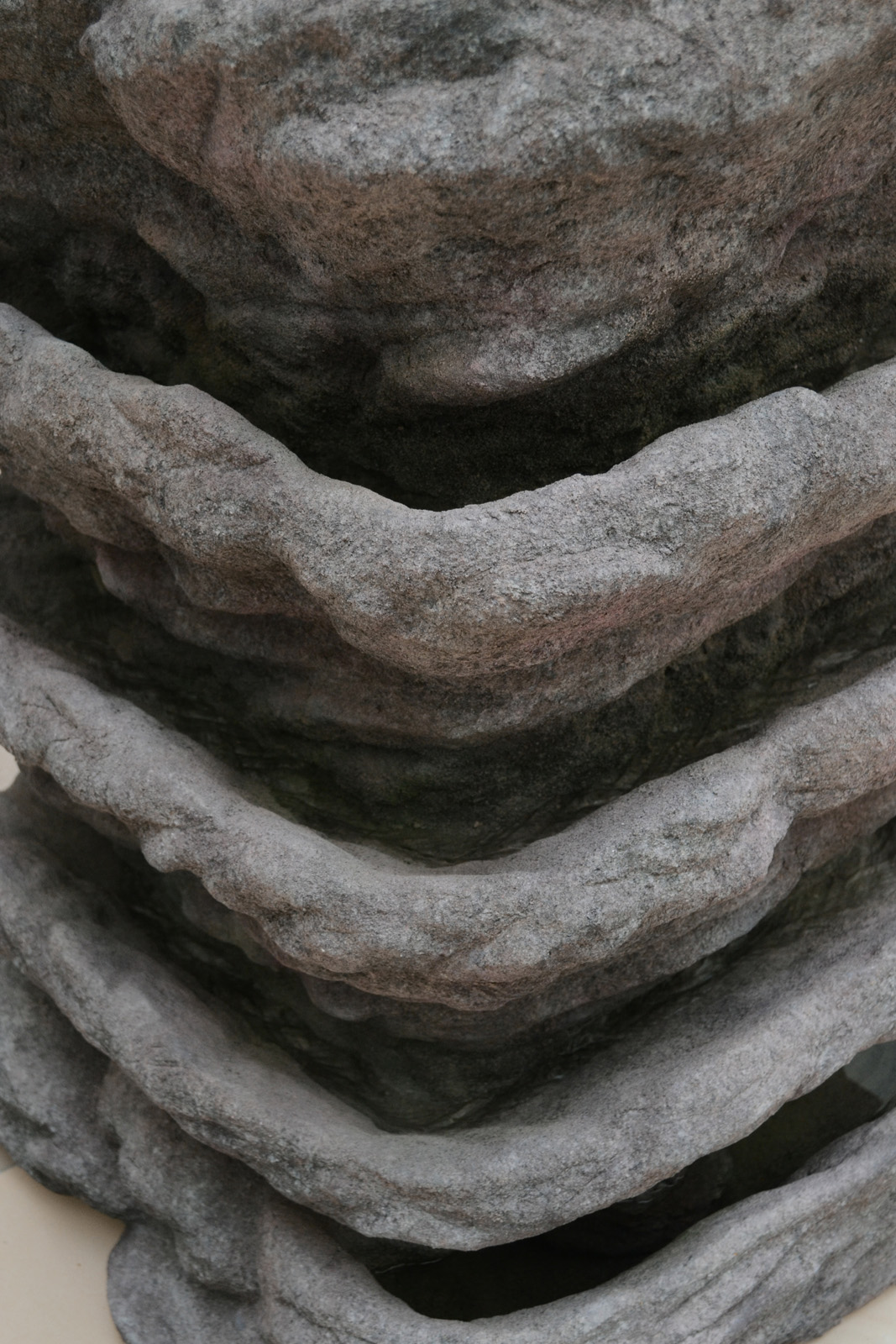 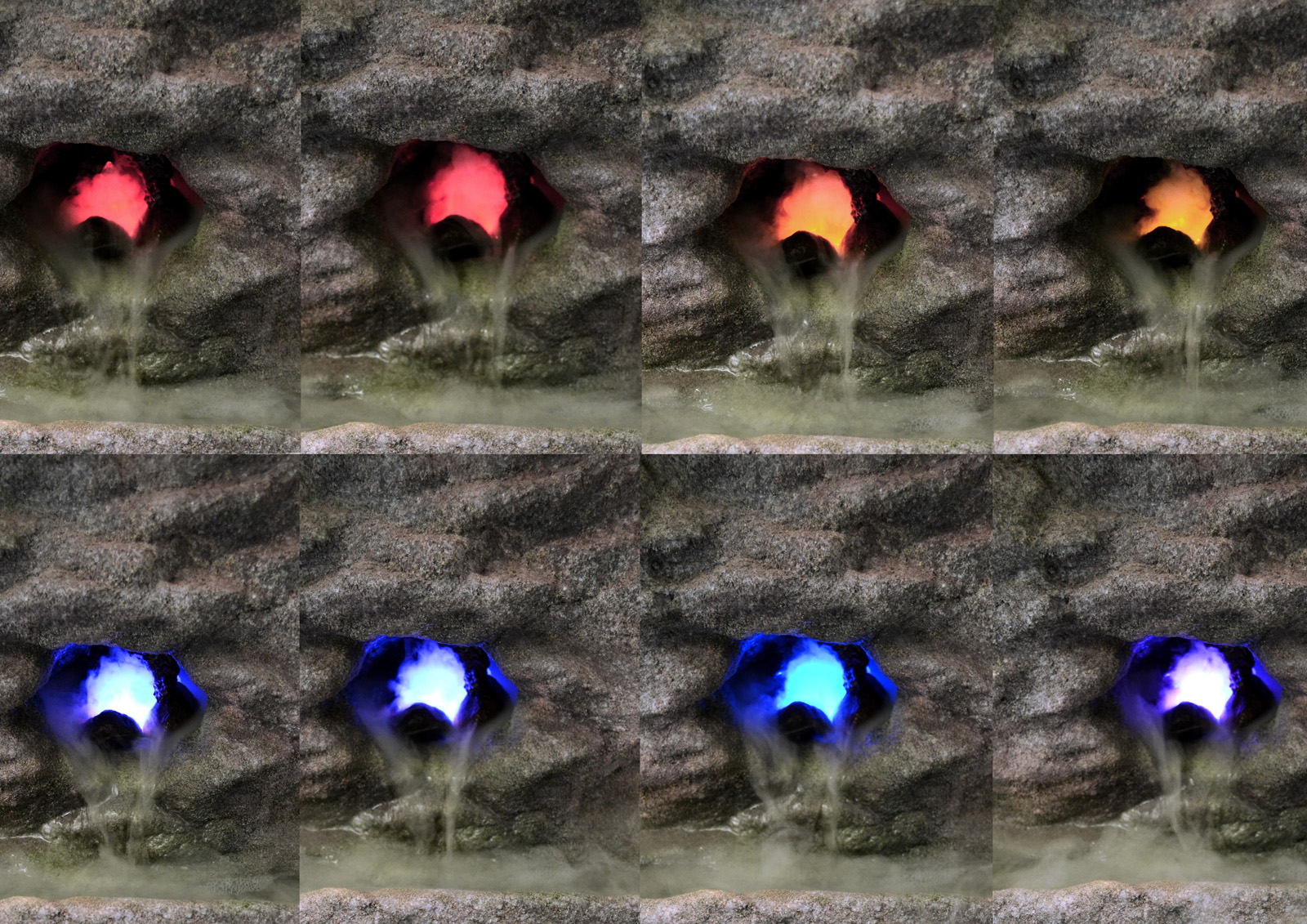 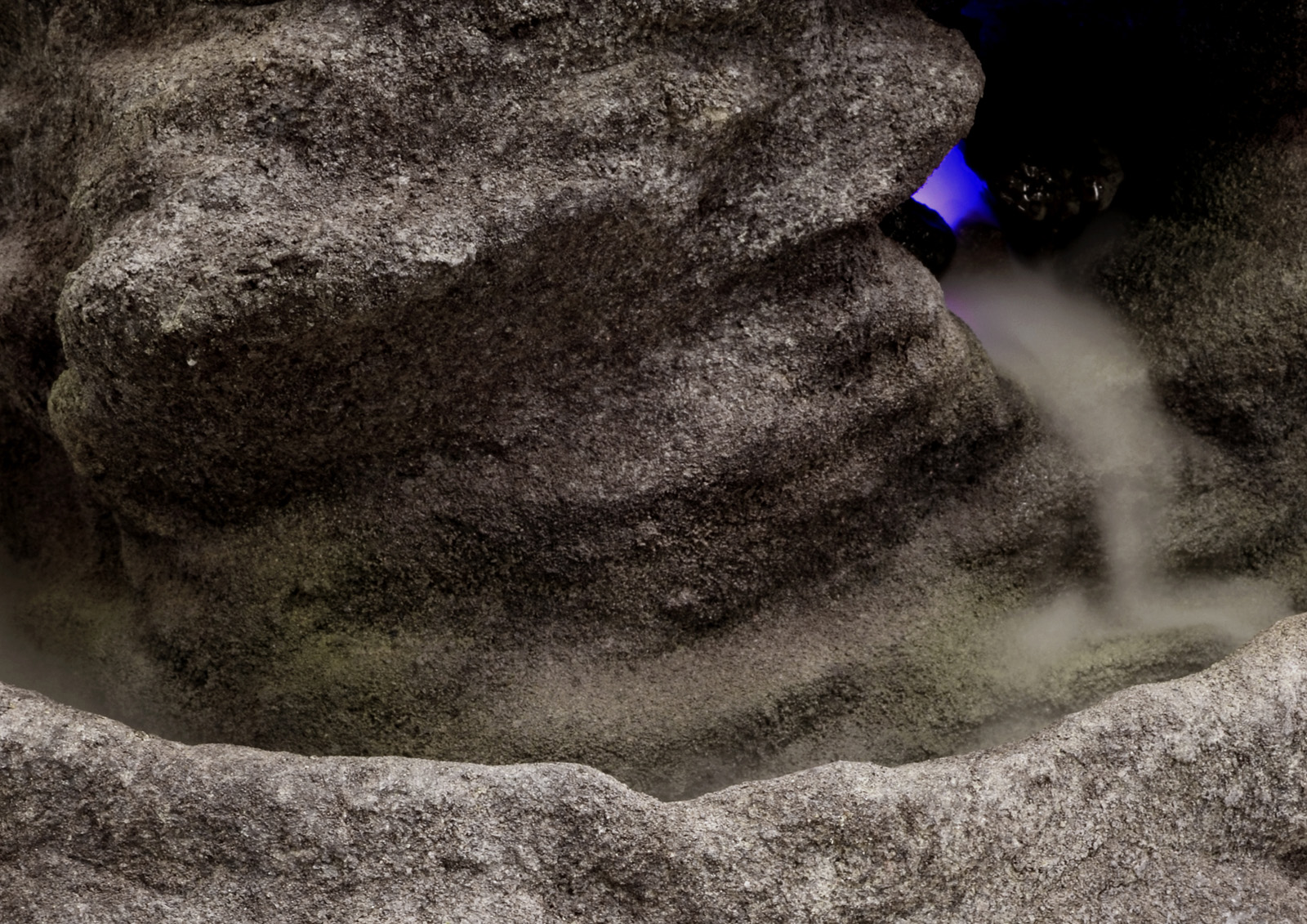 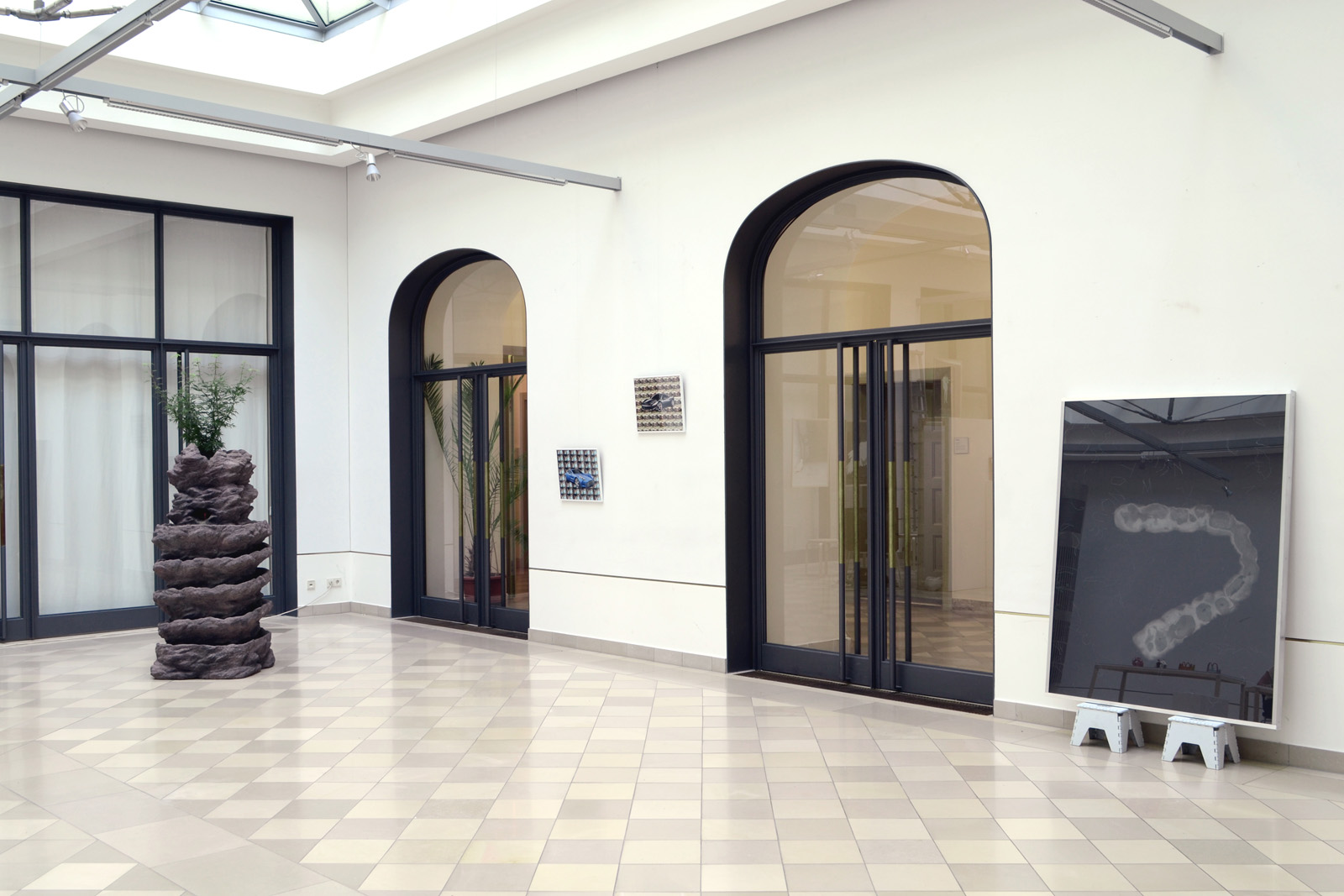 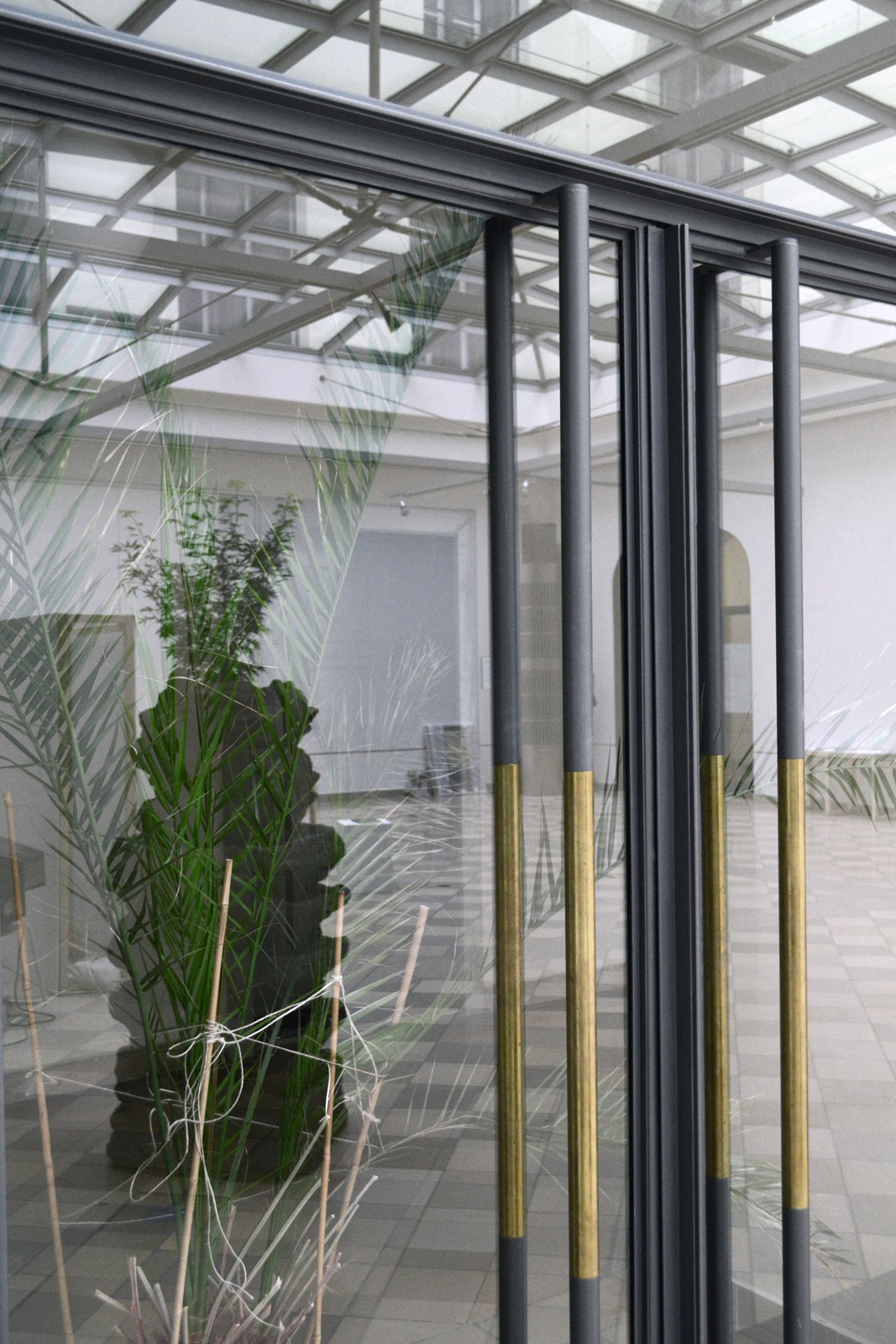 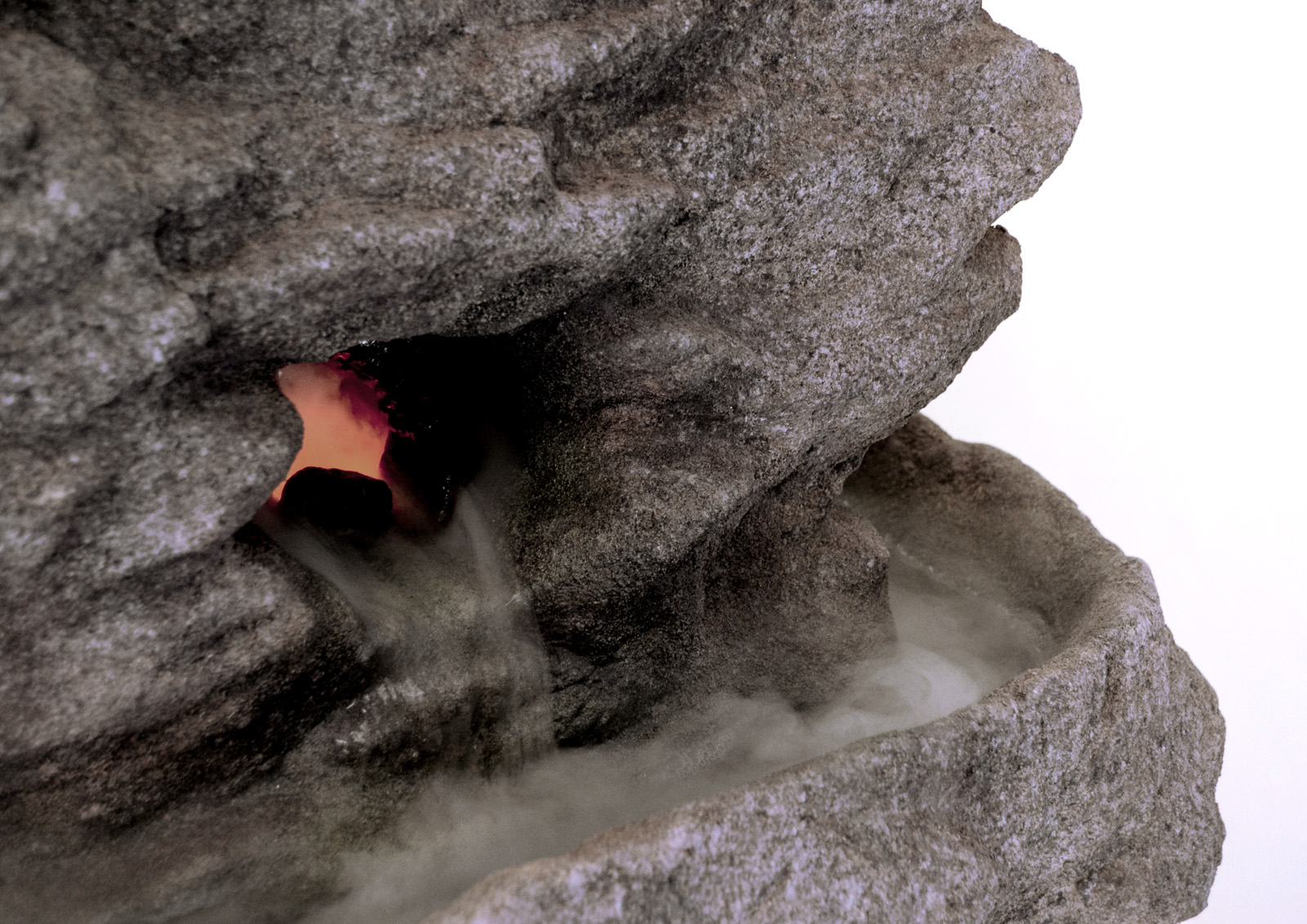 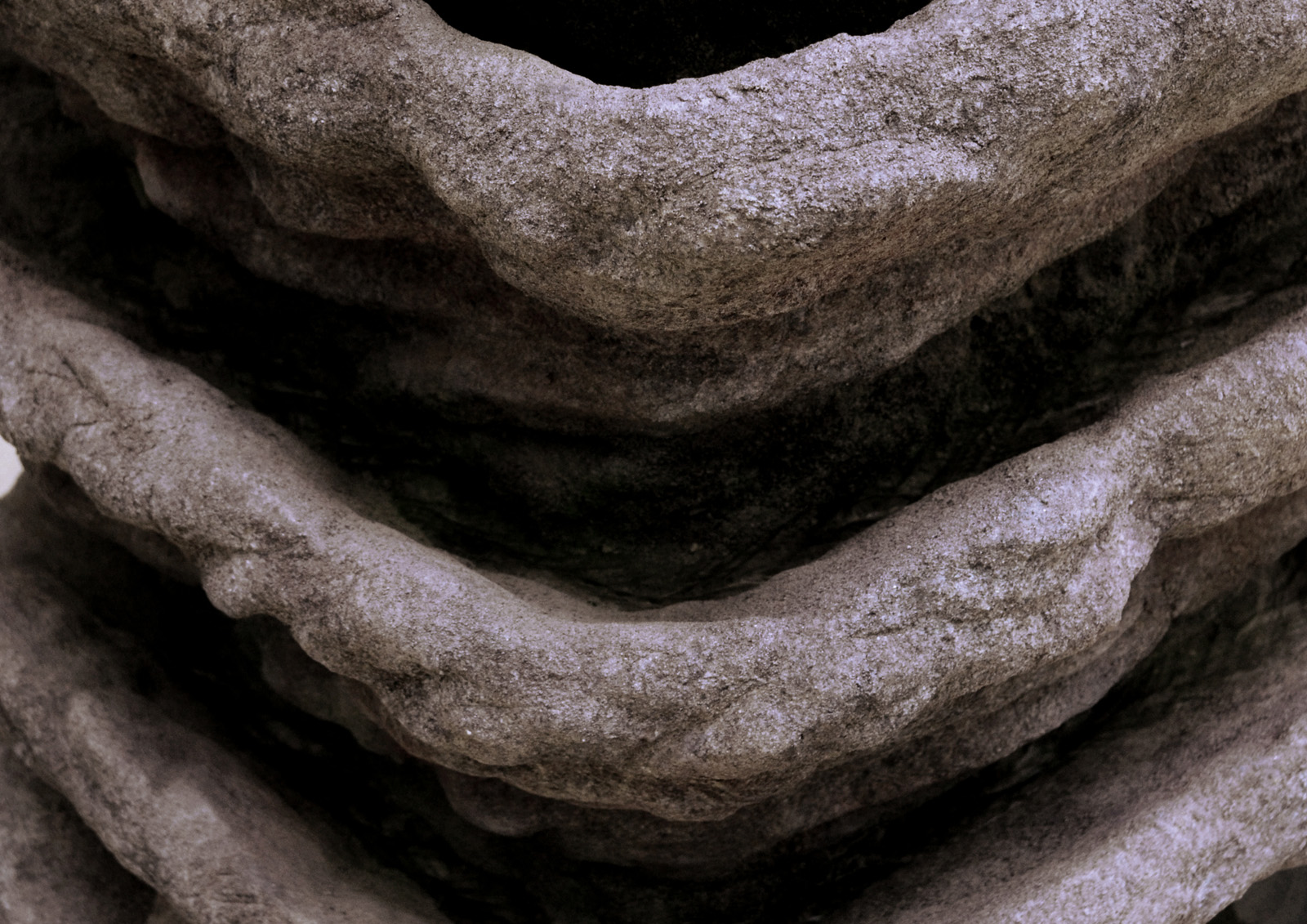 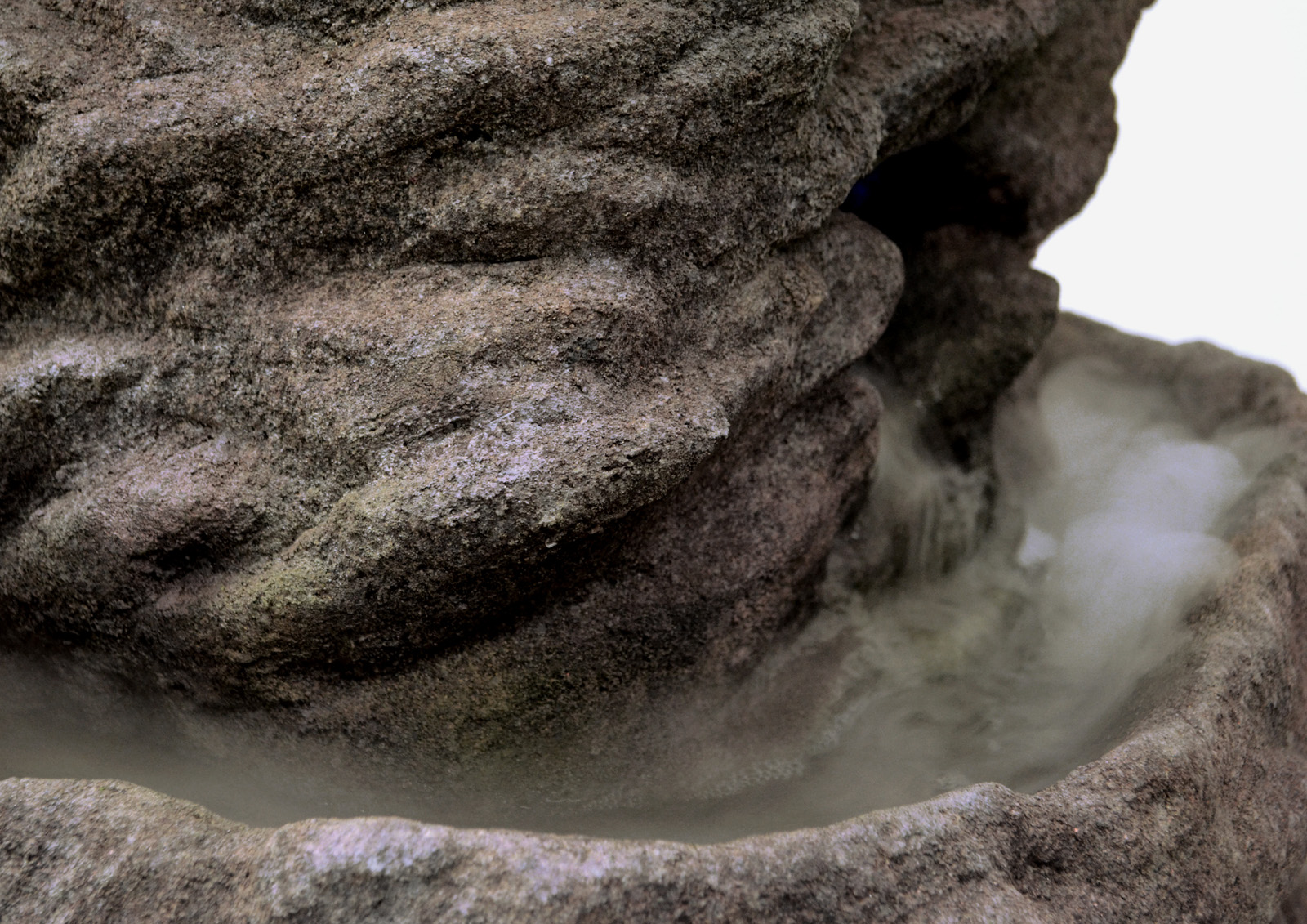 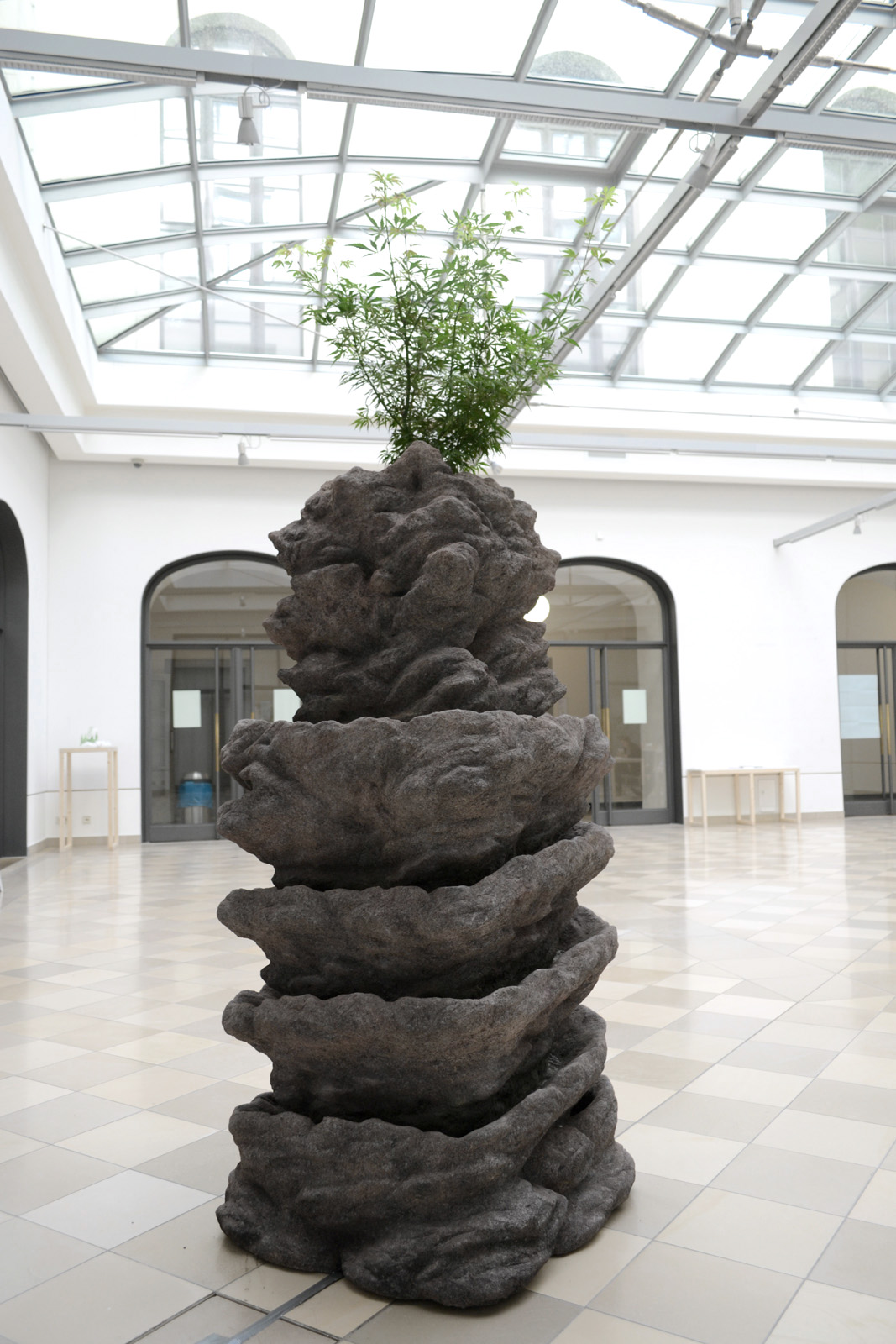 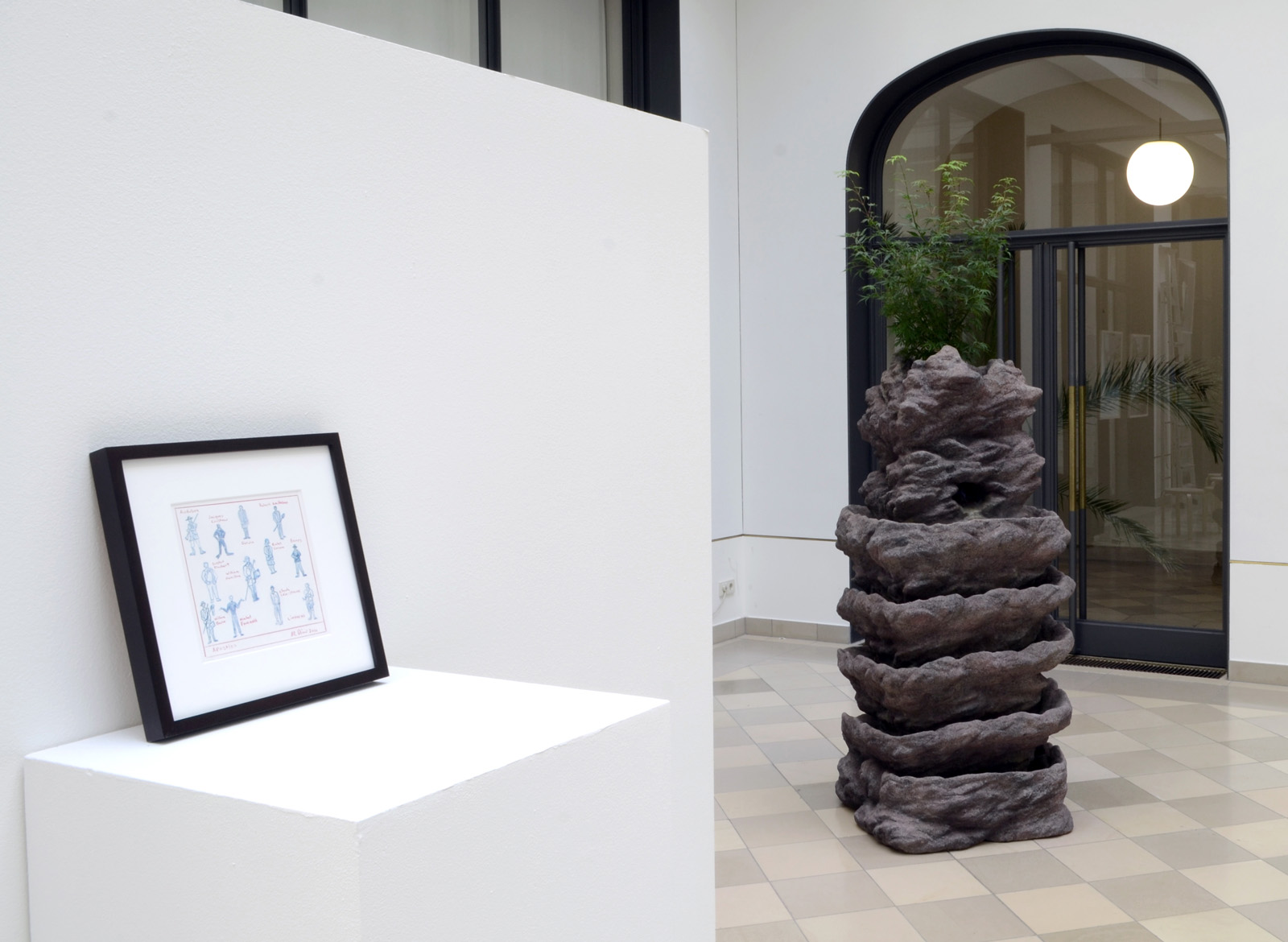